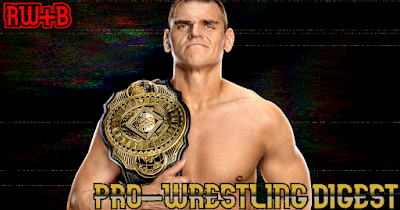 This time around, I continue to tweak with the format. I am watching largely via WWE's YouTube channel, using the Top 10 videos to get through several episodes quickly. I then go and watch specific matches on their own after if they seemed worth that amount of extra time. I in no way am completing 2022 content by the end of the year. I'm always way behind and I've had a lot of death in the family this year so...Anyway, this looks at Raw, NXT, and Smackdown content after Clash at the Castle and before Extreme Rules. I'll be talking about the programs in a ranked order of how much I enjoyed them. First, a quick look at the ratings roundup!

These two units fucking rocked during the review period. Everything they collectively touched basically turned to gold and a quick look at the ratings above show just how excellent their output really was. Imperium would even head to NXT and attempt to take down Pretty Deadly ahead of Extreme Rules but failed in their attempt. A nice showing from the retaining champs which saw Imperium play a role in the finish and allowed all three of WWE's main shows to get in on the hot streak.

Solo was a beast. Sami was masterful in his role. They'd battle Ricochet and Moss a bit as a fun team.

Roman had Jey take Sami's Bloodline shirt off by force. He then gave Zayn an Honorary Uce shirt. Jey had issues with Sami at times.

The Uso's retaining of the WWE Undisputed Tag Titles on September 23 and remained dominate. Roman had issues with a Paul.

One of the biggest angles of the review period saw Bayley and crew continue to build momentum after they defeated Belair, Asuka, and Bliss overseas. Tag gold was eaten up, though the former champs got a bit of shine before the change, and sights were set firm on a top prize, too. Major victories all around and the heels stood tall more often than not. The contract signing segment in particular made them look dominate.

Shotzi tried to make saves. Asuka would get fucked up on October 3rd, getting her leg jacked up. Bliss would get dominated a bunch and Bianca got it handed to her a lot, too

Holy fuck these two killed it.

The crowd noise for match one in their best of 3 series felt tame but they worked so hard that they won folks over and got a better reaction for number two. Both matches rocked!

Finn's heel unit were major dicks with Dom's turn being a major focal point. Balor and Priest murdered Rey and Riddle in a solid match. Rhea was a force. The unit would target AJ, attacking him for refusing to join their ranks, but Riddle and Mysterio got a lot of shit, too. Rey would try to quit, get "moved" to SD instead as if the brand split actually means anything.

Rey beat Ricochet to become #1 contender for the Intercontinental Championship.

I'm finally getting into this team.

Edge would return on the 26th of September to clear house and challenge Finn to an i quit rules match.

Kevin cut a fire promo on Theory and the two had some good TV brawl shit to build up the angle. Yeah, I dig it! Oh, and Gargano is back, which is sweet because we had some Panda Express on TV. American Alpha and Drew would eventually get tied into this, too. It was simply good shit and everyone looked good as a result.

Bron would beat Bate in a great match to unify the NXT and NXT UK Championships at Worlds Collide. JD and Bate would later have a top shelf encounter to crown a number one contender where JD would walk out victorious.

Later, JD and Bron had their stare-down interrupted when Ilja returned to make his intentions clear.

Hayes bested Ricochet in a fantastic match at Worlds Collide but would drop it to Solo. Solo gave up the NXT North American Championship because HBK said it wasn't sanctioned, after defending it once on the blue brand. I disagree strongly with this move.

These two would pester each other. A match with Lashley versus Rollins, for example, featured a distraction finish. On the September 19th episode of Raw, the two would agree to a fight pit match. The next week they'd brawl in a fun post-Raw moment.

Cormier would appear on the tron and announced himself as ref as a nice cherry.

This was solid all around,

Kross attacked McIntyre throughout the month, with his wife even tossing a fireball out at one point on Smackdown. The car accident, parking lot brawl was pretty fun circus act stuff and they closed this with a strap brawl.

Lumis stalked Miz, popping out during a cage match, showing up in his house, and coming in from underneath the ring during a Miz TV spot. It was entertaining shit, to be honest.

Lashley's US Championship reign felt like he was being just plugged in to spots in other midcard plots, but the matches were all pretty enjoyable. His dominate victory over Mustafa should be given a shout out, too. Seth would become the major contender, falling due to a distraction but resurfacing with a statement attack on the champ, and Ali, after his victory on that previously referenced episode.

Liv proved she was hardcore. Her table spots were legit. She came off pretty good and the brawl on the 30th between her on Ronda made me more interested in their match. I didn't really have much of an opinion on that one beforehand and admittedly the sit down interview didn't change that much but Morgan's hard work made me at least think about watching something I had no plans for previously.

The big asshat is back and mainly had a problem with American Alpha. Ok visuals but I could've done without his being back. The period ended with Omos and MVP challenging the oversized dipshit.

Ilja returned on the September 20th edition of NXT.

The tag division had a lot of fun bits on the outskirts with Hit Row, New Day, and Legado getting some buzz.

Pretty Deadly beat the Creed Brothers in a cage match.

Ricochet deserves some credit for being a good hand here.

The Inoki call out on Smackdown after his death was a nice move.

Whomever makes the Top 10 videos gave a CM Punk call out the day after All Out.

In all, this set was pretty entertaining. WWE really is a lot different, while remaining firm in many other aspects, under Triple H and I had a good time more often than not.