We start this one off with the new AEW World Champion, CM Punk, coming out followed quickly by FTR as we head into six-man action. Caster and crew's entrance was as charismatic as always. The contest itself was a bit clunky and unnecessary, but fine in general. I'd be cool with the three champs working more together.

Promo time after. Challenges were made. Punk versus Tanahashi was announced and I am pretty fucking excited. Okada versus Page should be awesome, too.

MJF came out next. The dude cut perhaps his best promo yet, which is saying something. Fucking fire! He got huge numbers and has indeed overdelivered on everything he's been given. Give this dude whatever the fuck he wants.

(They did, indeed, give him what he wants. I'm just in for the ride, though.)

Miro tried to kill Johnny Elite. It took a bit, wasn't super smooth, but largely it was just nice to see the former TNT Champion back in action.

Next, Jericho and his cult came out to brag. Eddie and Regal arrive, demanding a Blood & Guts rematch. Ortiz gave Jericho a haircut and the match is on. We're getting a bonus apuesta, too. Good shit.

Cole, belt in hand, worked commentary as his buds took on a makeshift ragtag. PWG style chaos and pretty fun shit in general. Championship ramifications here, too, which is interesting.

Strickland and Lee want gold still and have some friends to show us.

Athena and The Baddies had a moment. 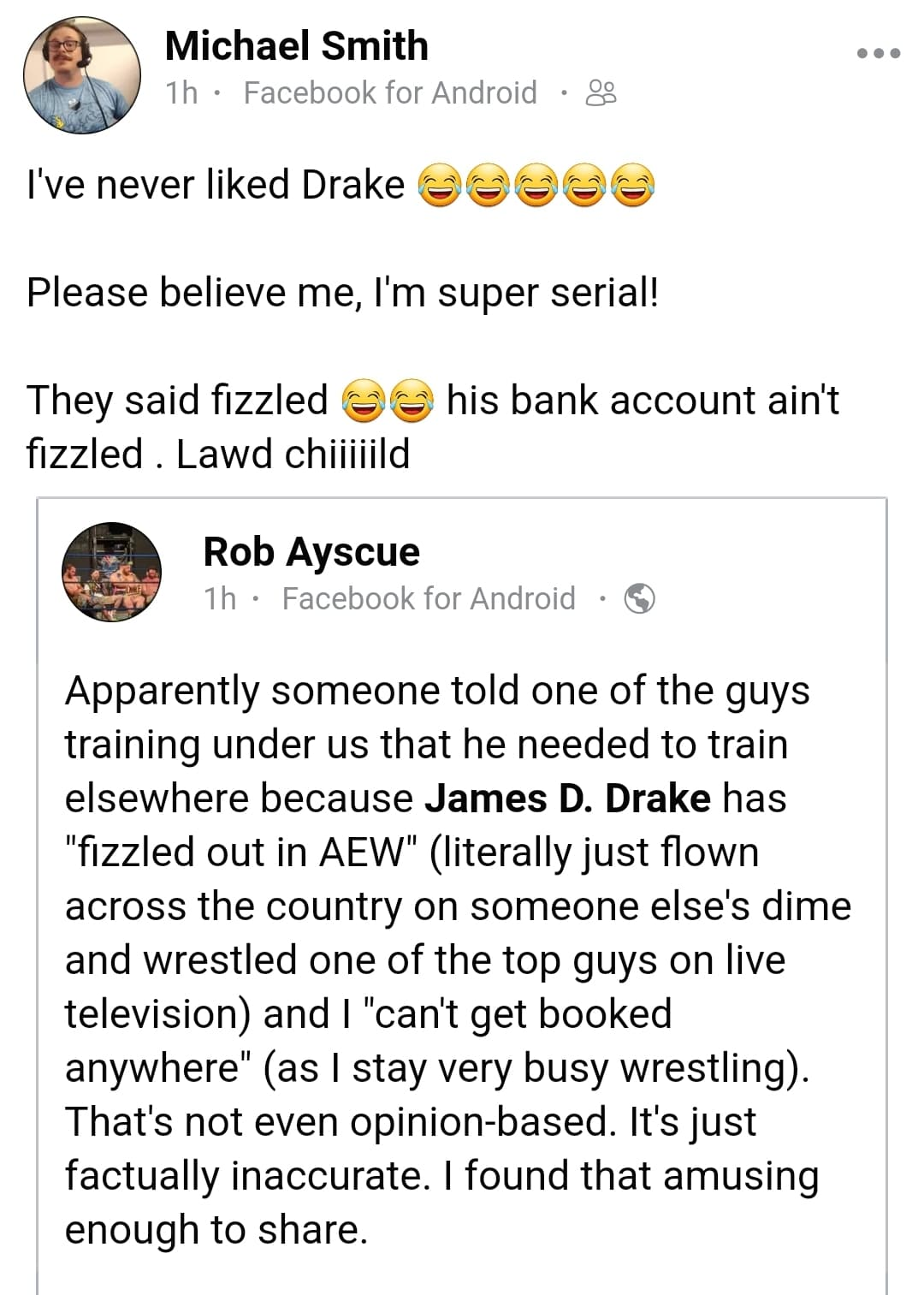 I would have edited out the names, but I don't think they'll care either way. I agree, for the record.

Sterling came out to serve Wardlow after. The big man took souls.

Dante and ATT had a moment.

The women's match of the installment was good, though it felt like it left a lot on the table. The outcome was a bit surprising, giving Soho a bounce back win that basically just felt like a way to continue to program that should be over (for now). Good in-ring action and drama.

Hayter attacks with Baker's belt after.

Jericho and Regal tossed insults at each other in glorious fashion.

Macaulay Culkin is in the house!

We closed with a fantastic, bloody, violent main event feeding off of Anarchy and building toward Blood & Guts. The finish was a bit sports entertainment-y, but I appreciated the contest in general. Garcia continues to be a workhorse.

Double or Nothing was the end of the 3 year saga and this was the reset as we head into phase 2. Not everything was must-see, but the entire episode flowed well and ultimately it made the installment worthwhile. A good one for fans and the execs.

If you only have time for a few things, watch MJF's promo and the main event. The cluster should be considered, too.