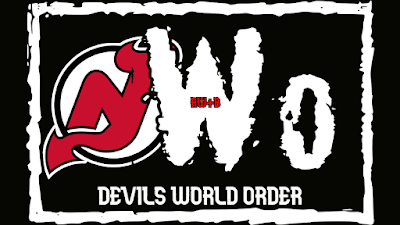 It was a short-handed goal on a breakaway from Vesey that put New Jersey ahead in the second on Saturday, game one of a two day series on Halloween weekend. Vesey had some real spark during this one. The Penguins bounced back in the third, quickly scoring to even things back up.

I was impressed by the goaltending throughout, with a handful of impressive saves occurring.

A penalty shot took the Devils back above Pittsburgh and a late, empty goal score solidified the 4-2 victory.

To bounce back is always a must in the NHL and they did exactly that here.

New Jersey and Columbus had a barn burner of a game, full of fantastic goals and saves and general athleticism. It was one of the most thrilling hockey matches I've seen in a while. The only thing the Devils didn't do was make it out on top, instead falling to the Blue Jackets via shootout.

I'm keeping this one short and sweet, but this weekend was very exciting for me as a Devils fan. The victory on Saturday was important and an entertaining game. The L on Sunday didn't sting too bad because it was that good of a game and a nice showcase of the willpower of this unit.

In all, a thumbs up showing overall in my opinion.

They have the Ducks tomorrow, which is a team that hasn't been able to really find their footing yet and current has the same amount of points for the season followed by the roller coaster Kings on Friday. There's a good chance that this scrappy team could have an extra 4 points when the sun rises Saturday.