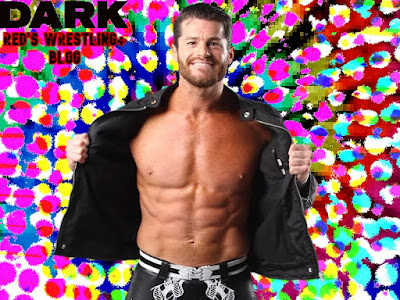 So, first off...Taz, please never sing again. Excalibur, stop him. Secondly, the nature of Dark is to pad the records for the talents, give trials and reps to those AEW sees potential in, and provide a loose wrestling experience for fans. Because of this, I won't be commenting specifically on each match this time around but instead more specific thoughts on the installment.

Jungle Boy, interestingly, is ranked pretty high in both singles and tag team fields (with Mr. Lucha, of course, in the case of the latter). He's a big part of the AEW future. With the situation currently taking place with Caster, I'm curious to see what happens on next week's rankings. Nothing has been said from Max at all, but Khan did have the rap spot from Dark #100 cut out and he apparently fired some editors, claiming he would take over that role now. That's a pretty full plate, by the way. But yeah, the fact that he fired anyone for letting it slip in suggests that Caster is facing some form of punishment, too. He was left off of this week's tapings, despite his team being in a big angle against Varsity Blonds and I'd feel safe in suggesting he'll get the Sammy treatment. I bring it up, as suggested loosely before, because I think we might see Jurassic Express get a bump and Caster and Bowens could be MIA. Will FTR or Santana and Ortiz be the next challengers? Maybe MCMG from the outside? I guess we'll see.

Kris' rise since returning has been fun. She's impossible not to like, but in no way should she dethrone Baker.

The Lucha Bros aren't ranked as of last week seeing as they've teamed up very inconsistently this year, but I'd love to see them pop up soon. Outside of The Bucks, I consider them the best team on the roster. Anyone remember that tiny rivalry Cody had with Penta, by the way? What the fuck was that? I was hopeful Penta was getting pushed but instead it saw Cody no sell, win, and then move on to QT for a bit.

Sage and St. Patrick could be fun with more time under their wing.

The Swole/Diamante backstage segment with Mark Henry was reality show drama. It was okay I guess.

Julia Hart reminds me a lot of Bliss when she debuted on NXT. Has some potential.

The Factory's Solo and Comoroto are a solid team in their own right. The Gunn Club are okay but I don't think they should really ever be much more than a team on Dark.

I dig the Elite Hunter angle. I hope he continues to be a random thorn for a while. So far they haven't overdone it.

Dante and the Sydal Brothers are a fun trio, even if their match was so quick that they didn't get to show off as much as I would've liked. I really think they need six-man gold for this company sooner than later, and Dark would benefit from having something on the line for the up-in-comers, too.

Archer versus Tanahashi has me more excited than I thought it would, largely thanks to that great Texas Death Match. The champ can turn it up with the right opponent. I wonder if Snake will be at ringside for that one.

Abadon is a good character, though I tend to consider her a weaker version of what a lot of other folks have done. I did enjoy the apron spot in her match, but I sadly also think her work in general is average territory.

Kris was randomly eating something at ringside for the main event, which Taz and Excalibur seemed to be in complete shock of. I'm still in shock of Taz trying to sing.

A step down from number 100, this installment still was entertaining. I really do enjoy the laid back approach of the show and find it to be a chill series. I doubt I add full Elevation episodes to the rotation, but Dark is doing it for me nicely right now. I cannot recommend this off of match quality, but if you want to watch something with less weight but with a few sparks, give it a swing.