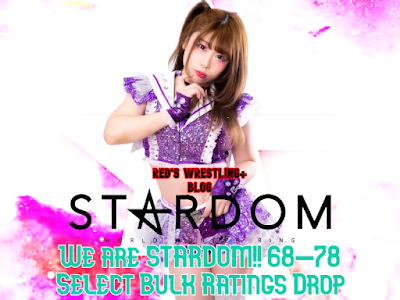 I needed to catch up on STARDOM so the solution for me was to watch select stuff from the episodes I had missed and move along. Time is a grade A bitch, right? Above are the ratings for select matches from the set of episodes including Bea's sendoff, multiple title matches, and more.

These ten matches all were basicallt worth seeing to varying degrees of urgency and I recommend anyone who missed them to fix that. I also suggest folks watch the weekly We are STARDOM!! series often as I sincerely think it's one of the most must-see wrestling programs available.