The Horror at The Wall Part One 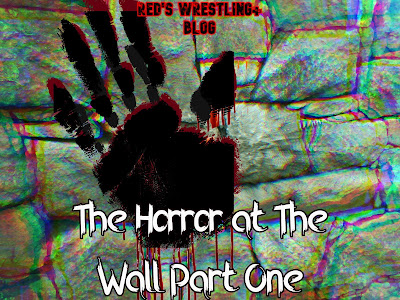 They dug deeper into the cave than they should have, awakening something that had been at rest for over a century. The victims that day were in the tens, a small village's worth of souls struck down, for their ignorance.

As it rose, covered in blood and small, human chunks, the ground began to darken beneath him. The grass dying instantly, the air sickened in a deep musk in a large radius.

On it marched onwards through the continent of Mern towards the outer walls of the Kingdom of Cyr.

In the path of determination, the foul beast slaughtered all it encountered. The numbers endless in its wake. The pace of damage on display was such a sprint that no one could even call for help before the next person that could save you was being taken out.

That was, until it reached the western walls of Cyr.

The Prestige always keep one of their members, when possible of course, on guard near the walls. Luckily, Ofraim was on that section of The Wall though. At least, for those that want a minimal death count in this tale.

The dwarven powerhouse known to most as The Red Fighter had stopped by that section every time he was assigned to The Wall at this time because there was a special food cart that served the best breakfast he'd ever had.

As The RF looked down, while engulfing his sixth well... it's called a BrofUNDustherusophogas but let's call it a breakfast taco with waffle and syrup mixed with strange street meat and sardines, he saw the demonic being.

A shadow followed in all directions of the moving tower as everything rotted around it. It was both solid and fluid, almost a physical mist, but a form that you could almost make out remained. It caught his eyes and a panic, for the first time since the dwarf was a little bastard and he caught his parents fucking on his bed, well it set in. The panic that is.

Within seconds it began to climb the stonework upwards in his direction. Fight or flight kicked in and nearly took the latter, but Ofraim instead found himself instantly reaching for his great hammer that he called, Proceeding BrofUNDustherusophogas in honor of his favored breakfast choice. It was previously named Henry, but that didn't have the same charm, you know!?

They clashed in an instant, and no one else in the proximity had even registered the danger yet when it began. That initial blow between the two was enough to send some flying off of The Wall to their deaths. Shockwaves continued.

Dueling strikes bounced off repeatedly and the damage increased with each one. With each, The Red Fighter also weakened structurally. He had never felt such power and compared it internally as fighting against an entire army alone. He finally took a blow and went flying harshly foward.

It picked him up again and continued the assault before throwing him once again, now in the opposite direction. His head bashed against the floor and blood now covered a large portion of his being.

In The LTR, he knew he'd find the peace he had never allowed himself.

Another shot sent him flying once more, resulting in scattered splinters and hot grease to flow freely for a moment. The cart didn't stand a chance but it did provide a spark that fueled him to rise again when he thought he was tapped.

He threw his mighty weapon at his new enemy and landed a blow that railed it.

This allowed time for The Red Fighter to take option number two this time and flee. He needed the rest of The Prestige to stand a chance.

He ran down the nearby stairs and into a secret section quicker than the violence bringer could keep up with. No innocents survived The Horror at The Wall.