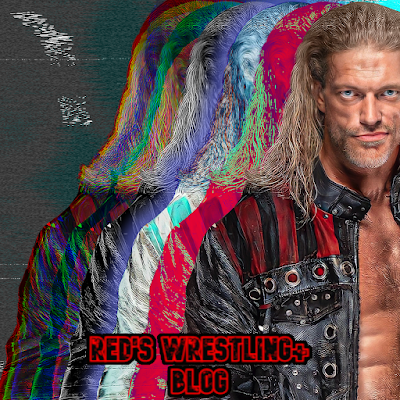 I'll get to Money in the Bank soon, likely. I'm about to start doing weekly roundup posts like I used to moving forward for US tv stuff, by the way. First, lets kill off some pulls from here.

So, the first match I checked out saw Edge team with Rey and his kid against Roman and his cousins. Honestly, it was a fun building block match ahead of two MITB contests and well done in general. A pretty good match with good story work and it teased enough for bigger ones. The post-match drama was a nice cherry.

Carmella challenged Bianca in a throwaway match for the women's blue belt. It was...it was solid...for what it was. No more, no less. Perhaps better than expected?

Note that Finn left NXT for SmackDown on this installment too. During a segment that saw Sami ranting, Balor came out and got some of his shit in as fans cheered. I really liked his latest NXT run but am never super psyched to see what will happen to folks on Raw or SmackDown. We'll see.

I also watched the four-way, which was a fun spotfest. I give this company a lot of shit but they do have a lot of amazing workers, their best roster of all time really, and when allowed to work they can fucking work. One was a decent title match and the other two here were pretty good bouts that did well to sell the ppv. It's not hard guys, they just make it seem that way. A moderate recommendation here and props for at least seeming to try this time around, guys.