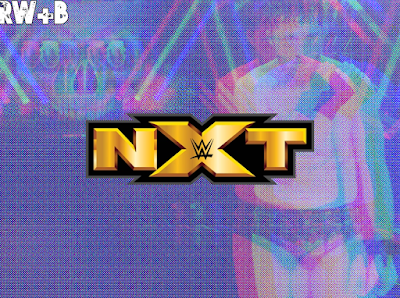 While I am still catching up on content from the start of the year from various sources, including WWE, I am also moving forward thanks to #SNSM and for fluidity sake, especially as I watch with the kiddos, it's time to catch the second night of the latest TakeOver as well as Mania.

These are the three that caught my eye.

(Poppy's performance was fun, by the way.)

Up first, Escobar and Devlin, both holding Cruiserweight Championship because of a stupid move from WWE, competed in a ladder match to unify them back down to one belt. Fantasma, one of my favorite active workers, and Devlin is a great worker. He's allegedly an abusive piece of shit and PROGRESS released him for that reason, so keep that in mind. I considered skipping this completely but decided to watch Devlin drop the belt. I am unsure if I will continue watching matches with him moving forward. PROGRESS felt they had enough to cut him and that can't be understated, especially when assholes rarely actually face more punishment than that. Moving on, let me be clear that ladder matches are awesome when done right and admittedly WWE largely perfected the formula long ago so it's never a surprise when one turns out to be worth seeing. This one is no exception and is indeed...worth seeing. Two awesome athletes putting in for a shit load of quality spots as they built toward the finish plus the right dude won, even ignoring the allegations. The only thing that I can knock is the interference, but that was kept to a minimum even and that finish rocked! Great match.

Next, Finn Balor defended the top strap of the brand against Kross. Admittedly, as awesome as the matches Finn put in as champ, I felt they saw him as more a placeholder while waiting for Kross to be ready to regain the belt so I had no doubt he'd get the strap here from Balor. My only issue with the change really is the quality drop. Kross is a good worker but his ceiling is far lower than Finn's. Still, this was a very good, borderline great title match and I am curious to see what they do with KK.

We close with Cole and Kyle in an unsanctioned match. As expected, it was awesome. They made over half an hour feel like half the time and leaned into the fire of the rivalry nicely. Really, I have to give them props for putting in for a badass MOTYC that never overdid itself. Kyle winning was the right move and I hope they really start pushing in the gas pedal a bit with him now. With Strong on his was presumably to SmackDown and Fish currently out, the Undisputed ERA appears to truly be dead now. I have no idea what's next for Cole but I am admittedly even more interested in seeing that than Kross' reign.

TakeOver shows tend to feature some badass content and that's true once again here. All three pulls were recommendation level and one was a legit MOTYC. If you missed night two of Stand and Deliver, go ahead and at least make time for these three!

WrestleMania Nights 1 & 2 pulls should be up in the next day or so. Thanks for reading.