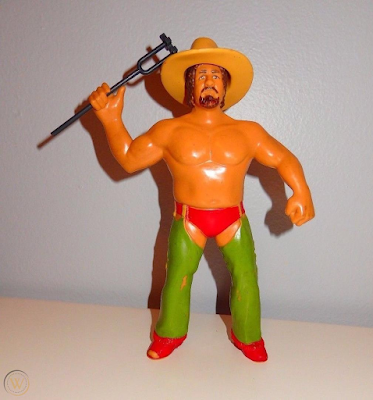 Pull one was sadly disappointing. 2CS was selling an injury which created pacing issues and never let it fully get out of first gear, it was over booked, and the finish was weak. Forgettable stuff even with the title change.

911 tossed Mikey in for the next one. It was chaotic and short but fun for what it was. Sabu won via submission shortly after putting Mikey through a table. A fun match for what it was but it wasn't much of anything.

The last pull was clipped down but had just enough that I found it worth rating. It was an insane car crash style brawl that ended with Funk branding Foley and then piledriving him on the lit branding iron. I would have loved to have been there for this. Great stuff though I might be on the high end on this one versus most and I did drop it a tad due to being clipped.

More to come as I catch up on Hardcore TV to the point where I can be posting once a week alongside the same week's Nitro episode.

Thanks for reading as always!