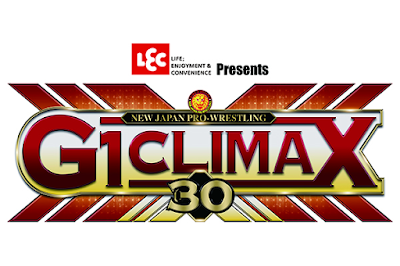 Time to take a look at a nice handful of pulls from this year's G1 Climax. This company and this tournament are well respected for being home to such a stacked roster that the chances of not having classics just isn't a true possibility. Expectations were high, for sure. If it were up to me, I'd have watched far more of these but that's sadly just not realistic and the 15 I pulled were already a lot. Here's the first five.

Match one saw Ishii and Suzuki beating the fuck out of each other in a fantastic battle that hit the right notes for me. Every time they meet, I expect basically this and they delivered accordingly.

Match two saw Naito nearly get his leg broken straight off and play from underneath, but his heart and determination shined through. Strong work and nice story telling, keeping things simple but with the right amount of action and drama.

Up third, Ospreay and Ishii had a hell of a hybrid affair. The counter game alone was on point and the general dynamic was fire. Truly, they killed it here and I think this deserves MOTY consideration. Artful stuff.

Fourth, Ishii and Kota kept a strong pace and kept things tight. Outside of one moment of hesitation, this was truly fantastic. Ishii really deserves credit by the way. The dude is rarely mentioned first when speaking in regards to top workers, yet he has been just that for a long time now. He likely will never get a run with the IWGP Heavyweight belt, but he is easily a top five talent.

Closing the set, SHINGO and Ospreay did it again. The dragon of LIJ and the aerial assassin kept the peddle down in this high octane encounter building nicely with waves of speedy violence. It was a rollercoaster of excitement and the second MOTYC of the set.

Part two will be up as soon as I can. I will also have a new edition of Red's RBI out hopefully by the end of the day with the new format.