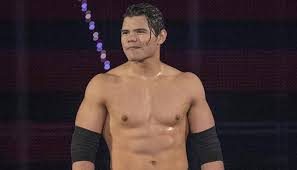 This one started with a pretty generic match between Titus and Drew and, if I am being honest, I didn't realize Titus was even working in-ring these days. I was under the presumption that he was some backstage ambassador and a manager these days. Drew worked down to his level here. Skip.

Next, we got a look at the Fiend and Bliss in the form of a well done interview between Alexa and KO and then an ok looking match between the Fiend and Owens. I expect that to be a one off as it was shown that Kevin has been drafted to SD and the others to Raw. We also saw The New Day being split, with E being removed from the group. I have to say that it's a sincerely shit move.

We continue looking at Randy and Drew's ongoing angle. Of course, it involved a brawl. We've seen it 100000 times before but it was okay for what it was and these two are great workers at least.

The main event of this week's Main Event was a solid but forgettable contest that saw Humberto take the win against Akira. It was depressing seeing Tozawa, in his racist gimmick, doing the job against the former Ultimo Ninja.

They closed with a look at a battle royale from Raw that saw the cliched "we forgot about" finish and then, just to prove how serious they were taking the match they undermined the entire thing by closing the episode focusing on more Randy/Drew brawling.

I must note that they have not been focusing on the Retribution angle at all the past few episodes of ME despite Ali's apparent reveal as their leader. I'll have to fish up a clip of it for my daughter as she likes Mustafa and wanted to see what happened with that.

In all, this was another quick and painless watch but one that predictably featured nothing of major worth. Main Event remains a novelty like WWE in general but my kid continues to enjoy it so it works for that at the very least. Note that she didn't care much for the first match, she was scared of the Fiend, and she enjoyed the main event.

That's it this time. More content soon including a new chapter of Open the Dungeon Gate, We are STARDOM reviews, and more!