Sheepdogs and the Megalodon 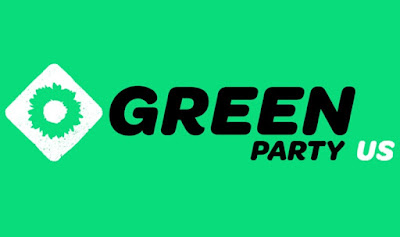 One of the biggest lies sold to us by the DNC is that they are the home party of progressives. They do so while consistently mocking and belittling our movement and consistently being part of the resistance. And, make no mistake! Every path forward is, and always has been, met with heavy resistance. With the fact that the party is owned by the powerful elite, it only makes sense that this would be the case. But, why then do they succeed at pushing the idea that they are the right party for progressives on so many? How have they managed to make this con work?

Do you know what sheep dogs do? They round up the sheep and send them in one direction. If you train a sheep dog to run the sheep off a cliff, they're doing their job but is it what's best for those sheep that are falling to their ends? Of course not, yet the party that continues the status quo that is responsible for millions of deaths does it anyway. Why should titans care about the ants they squash?

Bernie Sanders ignited a movement when he went from being the fun, crazy dude in US politics and hit the mainstream during the 2016 election. The disenfranchised voters flocked to him in large numbers to hear him speak. But, despite the passion, the DNC knew that a candidate like that would hurt the party because the party is a front for corporate interests. They fucked him over and, in doing so, fucked us all over.

This election, we saw the same thing happen again, carefully orchestrated but blatantly obvious. The party is also home to names like AOC, Tusli Gabbard, and a small handful of other progressives. They are allowed to participate as sheep dogs to round us up. The Republicans then try to fear tactic their own voters by pointing to the tiny group and say that they speak for the entire party. The us versus them mentality makes many that dislike the GOP assume they are right but that it's not a bad thing. We're told that these progressives even being allowed to exist within the party are a good enough reason to bow down to the DNC.

But I think people that sincerely back progressive ideals know, deep down, that this isn't okay. The party thinks they own votes. They stand by the idea that they own the votes of persons of color, of anyone that isn't heterosexual, etc. and they campaign in a way that promotes that. An arrogant complacency with touches of pandering mixed in for good measure.

Are you tired of seeing progressive politicians get patted on the back just enough to keep them from leaving? Of them trying to change the shark from within? Because, let's be honest and admit that when you try to do that, you just get eaten.

If so, tell the Democrats that they can go fuck themselves this November and in every election moving forward.