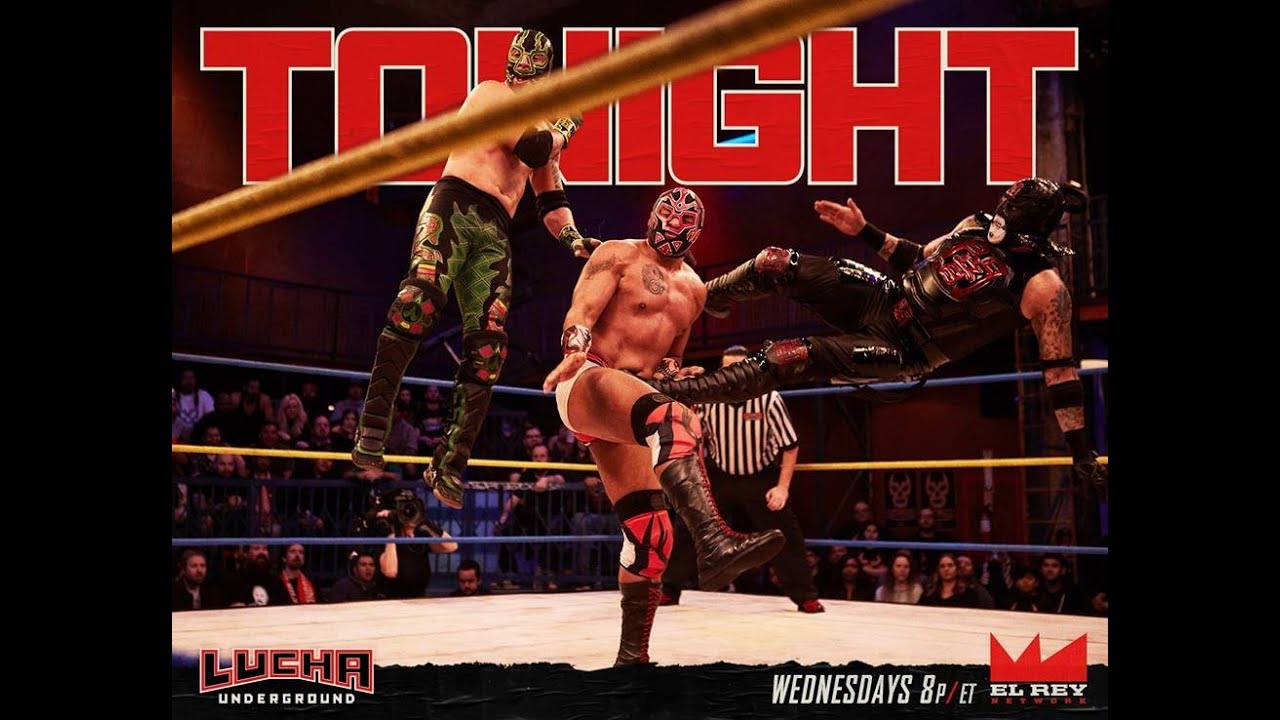 Thoughts:
How they'd respond after the landscape changes on episode 15 was going to be interesting for sure. Having Marty win was such a huge moment in my opinion. This show started with an announcement of a four way contenders match where the winner gets a main event shot at Ultima Lucha set for the end of the show.

Evans with a nice promo as usual, with a twist. He quit but Antonio set himself up as the next sacrifice of the gods. Him attempting to run was a nice touch but, in the end that mouse was eaten alive, brother. Good segment and I loved Jack getting a few moments to shine before the cat got him.

The makeshift glam squad challenged for the Trios Championships next, and before the bell could ring we were introduced to El Bunny and the White Rabbit by Paul London. The Rabbit Tribe watched from above. It was a decent contest with the right team winning and I think they intended to use this to put Daga up a bit though I'm not sure that landed as well as intended. The flow was lacking and that finish din't feel right. The Rabbit Tribe attacked the tecnicos after.

Strong's push and overall booking treatment has been interesting. I'm not really in the group that agree that it was deserved, but it is what it is. Here, he beat two of the best roster members, though at least they got the upper hand for a while. It felt more comical than it should have. The worst thing is Hager/Strong can actually be a good dude to have on your show but I think Lucha Underground has failed to do that so far. AEW has done a bit better, though his first two matches weren't a greatdisplay. Anyway, yea this was ok and the crowd seemed to love it but it wasn't my cup of tea for sure.

The main event remained. Sadly, the time remaining in the episode ensured we'd be getting a sprint and, when you have that with so many dudes involved, you're simply not going to get a spectacular contest. They should have cut the entrances during the planning of this to allow for more time. That said, they used the time nicely and packed this to the brim with action and plot threads, setting up three matches along the way. Good stuff.

This episode could have been far better but, like most things LU did, this was still entertaining. I have my issues with the direction this season took, but I'd note that it's still better than a lot of other things in the wrestling world and watching through the season finally has been a fun ride regardless.