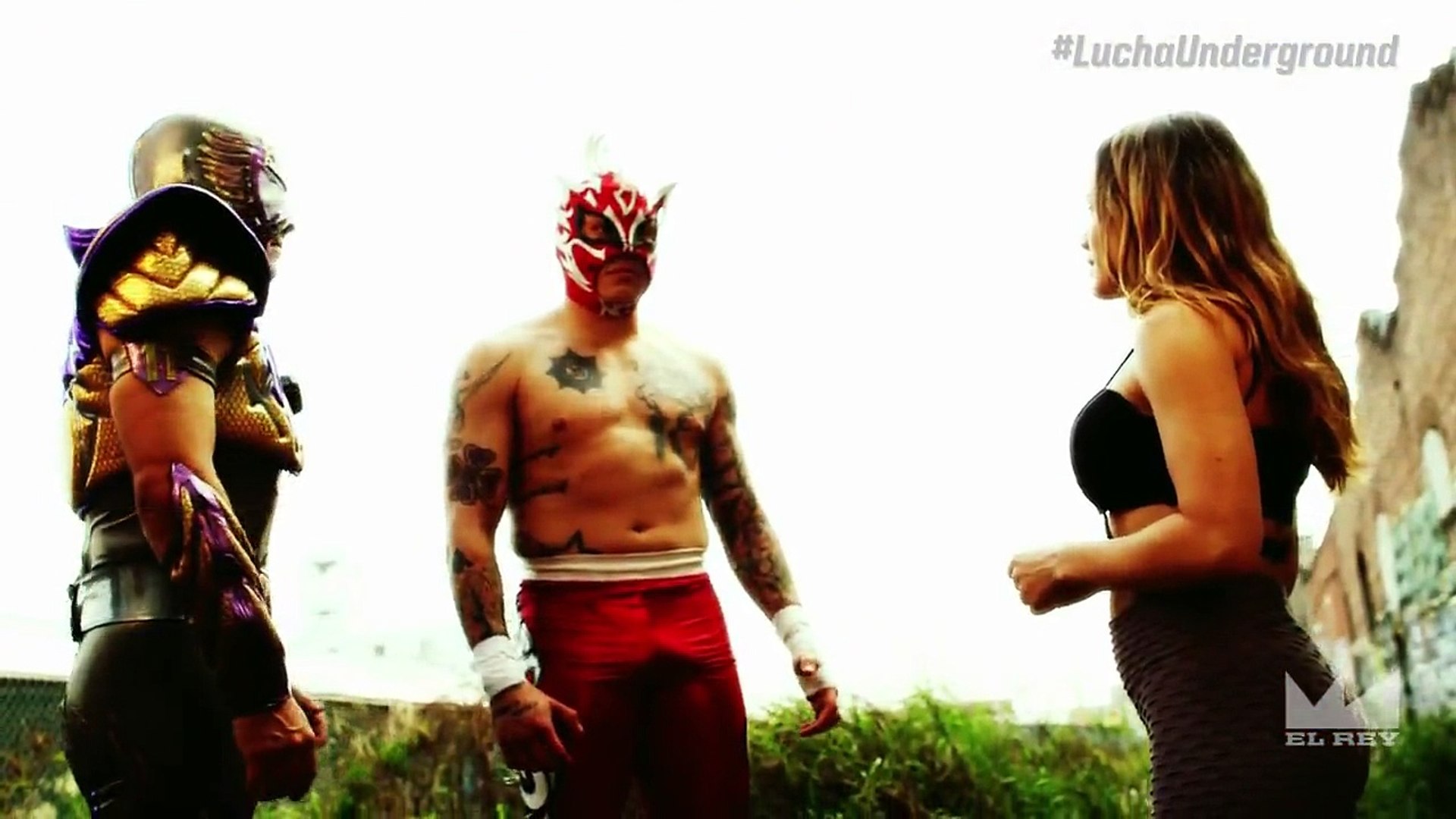 Thoughts:
I haven't watched an episode of Lucha Underground since December 2018. I never finished season four. I'm actually a big fan of the show, went to their live Houston area event, have some merch, etc etc. The problem is that I know once I finish this season, well...it's all over. No more Lucha Underground to look forward to. If you look at my old reviews pre-blog in the PWD Facebook group, you'll also see hesitation between seasons. Part of that was because we never knew if we were getting a new season for spans of time and also for a related reason of disliking the idea of running out of "new" episodes.

Well, since I'm done with empty arena shows right now, let's just pull the trigger. If you want to check out the reviews for previous episodes, go to the group and search around. I'll do a post at some point soon listing my favorite matches from the show, for those who care.

Mil gets dumped at the start and then Santos and Catrina beat the shit out of each other. Mil let Catrian fall to her death, Aero appeared and...well, there was time travel involved. I'd write the whole thing out but it's far better to see for yourself plus the whole play by play thing isn't my style. I love the Broken stuff, but Lucha Underground did cinematic wrestling better than anyone. The entire thing was the perfect kind of insanity.

The opening match followed up on the wedding angle nicely. I loved Mercury using the pedigree and then Matanza no selling it. Quality wise it was pretty average but that's fine for what it was.

The second match saw a calculating Killshot attacking Big Bad Steve. Havoc came out with a big gulp and some popcorn, sharing some of the latter with fans. Sadly, the match did little for me but it served a purpose.

Son of Havoc and Killshot brawl after. Killshot lost his mask in the exchange and ran to the back covering his face.

A good, as usual, Penta promo followed and then a good throwaway defense of a main event afterward. King Cuerno made a statement post-match.

This episode had a lot to like, but none of the in-ring content really hit the spot for me. It truly peaked with the cinematic open, but nothing was truly bad.