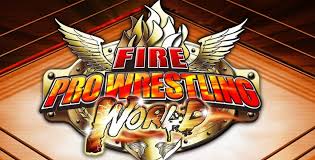 Wolf Spirit presents: Pure Heart Tournament I
This is the first tournament I've ran and I plan on this being a yearly staple of Wolf Spirit. The winner receives a title shot versus Young for the DFW Heavyweight Championship on the next show. Young and Walker were left out as were the Juniors. Bullock, Houston, Walker, and Collins went on loan to DFW. They rejected using Brian for some reason.

I looked at my relationship status with other promotions after this. I am now officially "friendly" with DFW. Everything else is "normal" or "indifferent" other than with MPW. They still hate me for stealing RDM away. Fuck them.

I signed Lindsey Stewart and had her join FLASH.

I currently have a C in popularity overall in America, and a D everywhere else.

After the tournament, I had to once again stock up on merch. I did so with shirts, DVD's, snacks, and, for the first time, masks! Everyone needs a Red Death Mask mask, right?

The HybriDeath partners and current reigning Tag Team Champions did battle in the main event for the DFW Heavyweight Title with RDM managing to defeat his partner with a rollup. The show did well. I used the medium hall, American rural option again. 10675 fans filled the 10k arena, I had an average of 85%, and it was declared a flawless show and a great success.

After, I looked at my current match style setup. A majority are showman style. Brian, RDM, and Steward are lucha and Young is strong style.

I produced more shirts, snacks, and DVD's in a larger amount this time and signed Dickson while aligning him with HybriDeath. I sent Bullock to DFW on loan. They declined to use Williams.

Anderson pinning RDM earned himself a title shot on the December show. This had 10548 fans and an average of 90.6. Full house, audience loved it, and my popularity will apparently boost. Considered a great success. Once again, I'm using the American rural, Medium hall.

Scouts found Sophia. Robert from DFW requested to participate on an event. I upgraded the gym to level 4 and got more snacks in stock. I didn't sign Sophia, for the record. Instead, I tried and failed to sign BB. I gave a few raises to boost moral.

The next show is a themed show that I plan on making a normal part of my calendar.