Thoughts:
Before we start the episode, this week let's first look at the rankings in a different way than normal.

I figured it'd be worth posting them here for those wanting to see them alongside the review. Weird choice? Maybe...

I dig the 50/50 style AEW tends to showcase and I liked the opener more as a result of that style than I would if it had been a squash. Good start and the after-match eye for an eye angle was very well done. The guest commentary work was well done, too.

The follow up was a very good tag match with good energy and served well to give SCU a win before their rematch. I'm not sure why CD wasn't ringside, but he did help run off Dark Order after, at least.

As far as the Exulted One angle, I'm leaning toward a few names.

1.Brodie Lee: The former Luke Harper is set to join the show pretty soon. He's played a cult role before and could be a decent fit.

2.Marty Scurll: Yea, he re-signed with ROH, but rumors suggest he can work AEW, too. Also, he was apparently going to be the leader already, so why not do it if they can find a way. With some buzzing I'm hearing about the Georgia show, it might not be something to write off completely as impossible.

3.Christopher Daniels: The Fallen Angle returnith! It'd be a decent move, though would require more booking gymnastics to make work logically at this point. More of a fun idea than anything else.

The third match saw the return of Yuka and her Dynamite debut. I really hope the TJP/joshi talents start being used more often. The match was decent, I loved the outcome, and the post-match attack was actually pretty fucking awesome! This episode is pretty sweet.

On to the atomico contest.

The Page descent remains a key focus of these, but didn't really take much of anything away like usual. The action was top shelf and a nice, chaotic display of athleticism in general. This was a great encounter well worth checking out!

Shout out to the Anti-Vince shirts in the front row, by the way.

After, PAC threatens Riho until Omega caves and gives him the rematch. Then, at the behest of PAC and for her own gain, too, Nyla Rose took out the Women's Champion.

Next week, in Austin at a show I'll be in attendance for, they've announced Riho defending against Nyla and the Tag Champs, Omega and Page, defending against SCU. Oh, and Mox versus Santana which I bet is good. Austin might be a bit more progressive than the rest of Texas, but I am fearful that the prior is going to bring out some shitty behavior from fans. Assholes are going to be shitty, though. The Tag defense has me very excited.

Our last match of the night was good enough for what it was; pushing a story with decent action alongside it. They look positioned to get at least one more out of it.

The Inner Circle backstage segment was well done as was the Elite one.

Time for the lashes...

Dreamer and Sandman had an iconic moment in ECW many, many years ago. Tonight, Cody and MJF had one of comparable nature. It was poetic and brutal and one of those major scenes that will be part of the identity and definition of AEW years down the line. The emotion on display alone made this must-see and, while I can understand it being hard to watch, I still strongly encourage you to take the time to watch it if you missed out.

Was that a fan at the end?

In all, tonight's Dynamite was one of the strongest episodes they've ran and a sincerely great two hours of wrestling. If you missed it, fix that now. 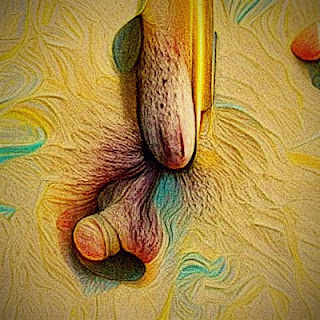