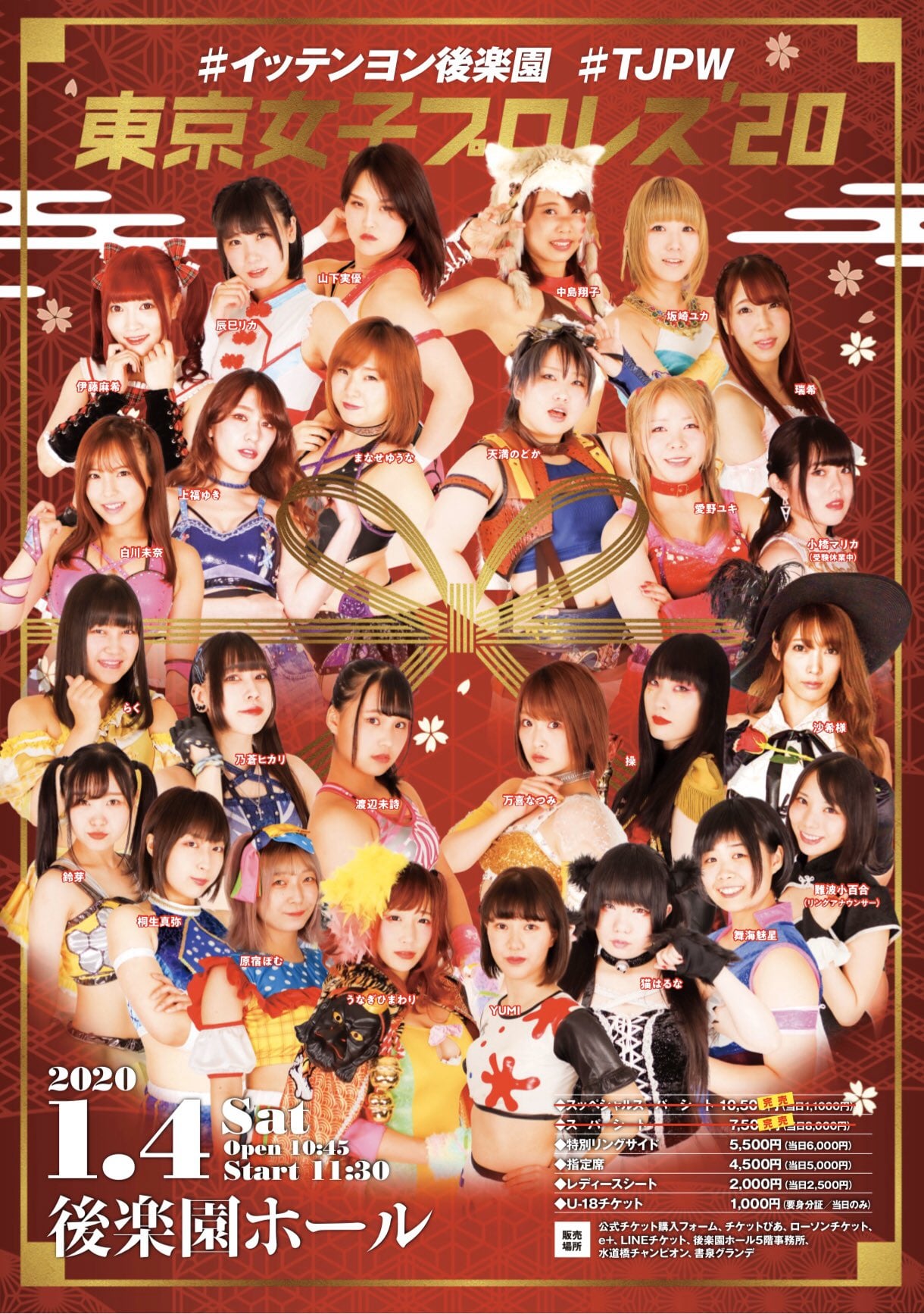 Thoughts:
The first TJP show of the year was a big one, with all three of the joshi fed's belts (and one from DDT proper that didn't make the cut) on the line and a Sareee sighting to top things off. Speaking of, Sareee sadly announced she is destined for WWE soon. She will be missed, but I know there is talks of STARDOM coaxing Io and Kairi back home. I am very hopeful that this turns out to be reality, as having both back would be a huge move.

Anyway, four pulls from this one.

Up first, Sareee gets the nod against returning Maki, who happens to be a very close friend of hers. Together, they put on a great match that did what it needed in a nice, short package. Worth seeing.

Now, make sure you saw this match before moving on.

Second, out first TJP Championship match of the night with the idol defending against UpUpGirls member, Noa Hikari as she continues to try to find herself on the roster and as a performer in general. Well, this was her best performance I've seen so far and they both exceeded my expectations here. Pretty good defense. Thunder Rosa challenged after.

The semi was a bit rough around the edges and a tad bloated but good nonetheless. Your experience may vary.

Closing the show, Yuka managed to successfully defend the top prize of TJP against (arguably) their ace. At least, I consider her their top worker. That said, Yuka has been pretty fun as champ and I'm actually eager to see where they go with her next. Ever see someone boogie board down the stairs of an arena on a table? While there was some fat to cut and not everything was super smooth, I'd still call this a great defense and these pulls were a nice start to 2020 for TJP (a promotion I likely will cover more strongly here this year).

Next up, reviews from WK Week shows including Wrestle Kingdom itself, STARDOM, AJPW, NOAH, and more! Expect them to begin rolling out tomorrow evening.
Red's Reviews Wrestling