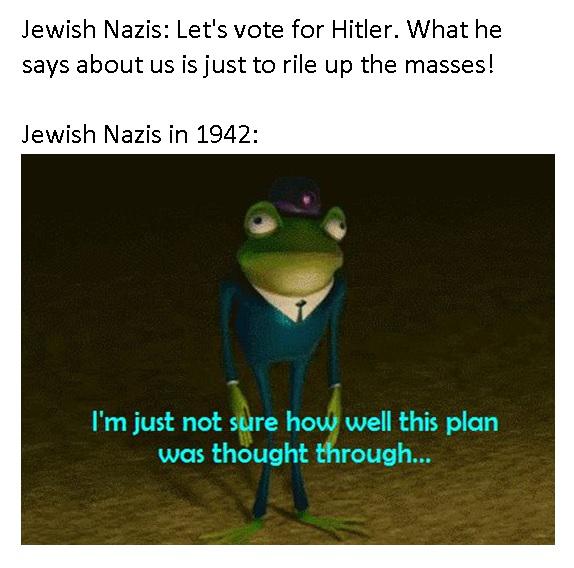 You know those people that claim they can't be racists because they have a black friend despite the fact that they clearly are racist? Yea, life is strange. Those types of strange happenings are far from new and, likely, not just a glitch in the Matrix.

Anyway, Nazis are bad. We can agree on that, right? If not, you opinion is literally invalid and you can feel free to leave. Assuming you're still here and that no one who actually visits this blog had to leave upon that request, let's move on with the point.

Have you ever heard of the Association of German National Jews? They figured that if they were nice enough to the Nazis, they would be accepted as Germans first, Jews second. Notice their little club name even follows that logic.

Let that serve as a reminder that wolves sometimes are just wolves.