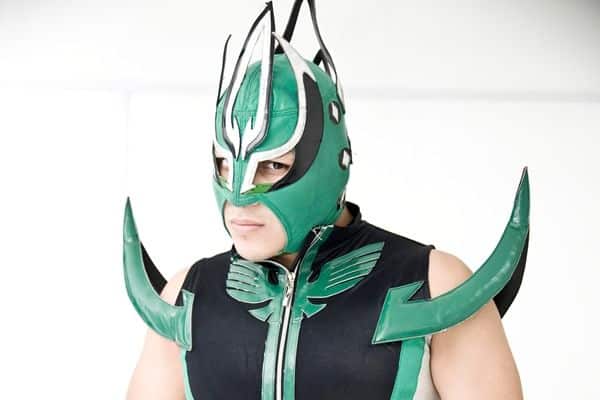 WEEK OF 06/23-06/30
I was split on adding an extra day here to ensure that June content didn't roll into July's week one post next week, and I decided that solution was more reasonable to me than the alternative. So, here's eight days worth of content that I checked out.

Matches:
1.Jinetes del Aire, Flamita vs Daga, Chessman, Villano III Jr ***
AAA Worldwide
Once again, they were sooooo close to booking the entire Jinetes group together. The rudos side was even more randomly thrown together, though. The good news is the glue stuck together long enough for this to turn out good. Vikingo is way too good for someone so young.

2.Video Store Massacre: Starr vs Coyle **1/2
Defiant Loaded
Defiant can be either a chore or good. Rarely is it bad or great, sticking largely in that little zone I mentioned. Still, they have some great roster members mixed in and get an occasional must-see match off even if the crowd tends to be sleeping during it. I clicked this to see a Starr match this week and it was a decent little hardcore brawl with a few new spots but really nothing you have to run to see. Skip this one.

3.Ultimo Dragon vs Cross **3/4
SMASH Wrestling
This is part of their The Northern Tournament action and the most interesting contest on paper of the entire week. It was never going to be a MOTYC, but for a first round tournament contest between two, top-shelf vets, this was fun.

4.AJ Styles vs Ricochet ***
WWE RAW
I see they gave Ricochet gold. That's cool. Having his take a fall the next night is iffy, but doing so to AJ isn't a big deal and sets up a nice first feud. Good match without giving too much away.

5.Lawlor, Von Erichs vs CONTRA ***
MLW Fusion
One of the better paced matches of the week and a good use of the Von Erich kids. I was surprised to see CONTRA fall here, but it is what it is. Nice intensity during and after.

6.2/3 Falls: Kofi vs Dolph ***1/4
WWE Smackdown
So, we're apparently going to get more 2/3 fall matches due to Vince currently disliking commercial breaks during falls. I like the stip so that's good news to me. This was a good use of the rules and entertaining stuff in general.

7.#1 Contender: Nese vs Akira ***1/2
WWE 205Live
Another week, another worthwhile match on 205. Many workers in WWE that come from the indies tend to have an interesting thing happen when they sign, and it's something Nese seems to have managed to break away from. You see, Tony has actually gotten better instead of peaking. His reign wasn't as good as Cedric's or Murphy's, but I wouldn't hate seeing him regain the strap after we get a nice, long run from Drew. This might be Akira's last 205 match for a while, as I heard he was being considered for NXT. Check this one out.

8.Garza vs Wilde ***1/4
WWE NXT
They're doing that name change shit again. Oh well. This was a good showcase for both, even if the concept of this tournament does have me a bit worried.

9.NXT Women's Title, Cage: Shayna(c) vs Io ***1/2
WWE NXT
This was a spectacle that served not only as an entertaining cage match and championship main event, but also as a nice turning point for Io, who got to show a lot more intensity than previously. Check this one out.

10.LAX, Laredo Kid vs The Rascalz ***1/4
IMPACT Wrestling
If you look at the participants, you can safely assume what kind of match this was. I'm happy seeing Laredo getting more US bookings lately. Dude is one of the best of the genre. His dad spams my group every once in a while promoting him. Proud daddy. This was a fun trios clash, proving again that Impact's tag division is their best trait.

11.Gardenia vs Disturbio **3/4
CMLL Viernes
This was a pride celebration match, which was nice, and also the debut of Dulce Gardenia. It went well, and they seemed to be preparing to push the newcomer. With Maximo gone, they've lacked a major exotico but don't expect that kind of card placement anytime soon. This isn't must-see, but something you should consider for the situation.

12.CNL National Tag Titles: Chilean Empire(c) vs Mala Influencia **1/4
CNL Lucha Libre Chilean
This was a decent main event, but a few flaws and a shit finish hold it back from being important.

13.Los Mercenarios vs Jinetes, Lady Shani ***
AAA Worldwide
This is the first Mercenarios match I've pulled in a while. I like the group, but I just don't care much about the matches they tend to be booked in. This one had 2/3rd of the Trios Champs, though. It looks like the unit is keeping the Ingobernables themed logo despite Mascara leaving. Oh well. But yea, Vikingo was a standout as always, the women's spots where enjoyable, and everything just worked well enough. The top heel group of AAA came off as a force here.

14.TLC: Chessman vs Pagano **
AAA Worldwide
I am a longtime fan of AAA, but I still don't watch closely enough to know why the hell this was booked. Due to the length of time I've been a fan, though, my educated guess is there was very little reason other than someone wanting to see if Pagano would kill himself in the ring this week. You know, the sad thing is it actually could have been good if they hadn't given them 14 minutes. Some comical errors and pacing issues aside, it was still far from a disaster but it was also far from being worth the time.

15.Kincaid vs Grayson ***
SMASH Wrestling
Fun encounter between these two long underrated talents, though the ending was fudged which held things back a bit. Still, SMASH continues to put out matchups you just aren't seeing anywhere else which is nice.

16.Ultimo Dragon vs Evil Uno **
SMASH Wrestling
We finish things this week with another super unique contest thanks to SMASH. The quality here wasn't anything to write home about and the ref bump and dragon ball shot didn't help much, nor did the finish itself, but it was still entertaining to at least see these two face off for the novelty of things if nothing else.

Anyone who doesn't love the Luchasaurus/Jungle Boy sections of BTE is a sad person, for the record.

Is CD still selling on the floor, with a doppelganger working the Fyter Fest match?

This week's mail bag was nice, seeing Kenny put over Riho again and then MJF putting himself over.

Also, the Bucks check out a bit more of Mexico.

Basically, if you aren't watching the show it's likely because you've somehow missed out on the existence of it completely or you just don't enjoy this kind of humor. If you fall into the first category, give this one a click. If it's the later, well I just can't help you.

Road to Fight for the Fallen #1
Charity talk is a logical subject to be a main feature for this first episode, and the actual cause for the event is something I am very thankful for.

Brandi's training routine looked decent and I hope it translates to better matches than we've seen from her in the past.

The best part of this episode, for me, was the spotlight on the scheduled brothers versus brothers tag match which I think is one of the easiest things this week in wrestling to call worthwhile.

This is a good starting point to building Fight for the Fallen. Check it out.

WRESTLE-1 #116
This week mainly looked at the 06/23 gig and then closed with a preview for the last night of this year's Grand Prix. The content was all largely enjoyable and the short episodes remain easy to finish without feeling like a drag, but this was easily what could be called a filler episode focusing on essentially a house show. Minor plot movement aside, you can skip this one especially if you're not invested in their storytelling.
Red's Reviews Wrestling