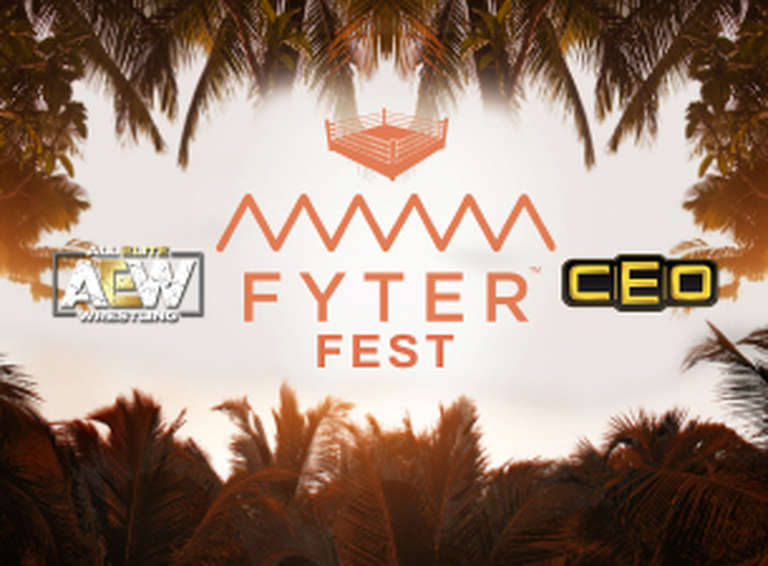 Thoughts:
AEW's first "B-show" event was going to be important for a few reasons, one of which being the first display of how the company would book a lesser show.

I'd say they succeeded.

The buy in stuff was the weakest part, but that's forgivable. The opener was good and the hardcore match was entertaining if nothing else and much better than it had a right to be. The only truly "bad territory" thing here was the librarian section. I don't hate the gimmick like most of the internet seems to, but the whole thing this time was a mess and hurt everyone involved.

On a more positive note, that three-way tag was perfect booking and instantly got Private Party over as a hot underdog team going forward. Afterward the mind games from the artists formerly known as Super Smash Bros worked nicely enough, too.

The behind the scenes stuff and packages all night were very well done.

The first match of the main card was a good veteran showcase, and worked nicely to put CIMA over before the Omega match. The live fans continue to miss CIMA's chant.

The last women's match of the night was good stuff, with Nyla getting a much better showing. Riho winning was a nice call and her pushing Yuka after the save sets up some decent seeds for the division. I really am hoping for intergender stuff sooner than later.

Up next, the four-way turned into a fairly good match that showed us a lot about AEW. Page winning was the obvious choice and I think he'll be the "king of the midcard" for the brand, occasionally getting little pushes until he eventually gets a true seat at the big kid's table. Havoc taking the fall says a lot with Jungle Boy being there, and they also kept the MJF/Page feud going here.

The biggest story of the night for me was the Cody/Darby match and what immediately followed it.

So, establishing draws and a real option was fantastic news for me. They used it perfectly here, protecting Allin and showing that he's a threat while not taking much of anything away from Cody. It was also a very good match.

Spears brained Cody after in a spot that has a lot of fans split.

It was much safer than most are saying. The fantastic selling from Cody and the minor accident that caused the cut are what made this come off as a bigger deal than it was. I hate seeing AEW getting "unsafe" heat already, but it is what it is. Just know that it wasn't nearly as stiff as it looked.

My favorite match of the night was the six-man, but that's not to say it was without issue. Some minor pacing problems are the main setback from this being something bigger, but I also was admittedly hoping Laredo would get a bit better of a spotlight. That was just a hope, though, and clearly wasn't the plan for him. He was a punching bag and occasional spot worker, but really I can name a dozen that could have filled that spot in the same manner and Laredo is just so much better than that.

Minor complaints really, and only one hurt the actual quality directly.

It was still a very good spotfest and I appreciate the Street Fighter stuff mixed in (especially Kenny doing  the Hadouken again).

They closed with the "unsanctioned match" and I appreciate them selling the stip the way they did.

Another very good match and a fun way to close the show. Mox looked happier than he's seemed in a long time and got to work a style he excels at. Janela lost but looked good in defeat. It was what it needed to be, and the post-match attack was a logical progression that largely came off well.

Fyter Fest didn't need to top Double or Nothing. It just needed to be a good show that progressed things as we near the next minor show (Fight for the Fallen). It did exactly that and showed that AEW has a lot more positives than negatives just like most thought.