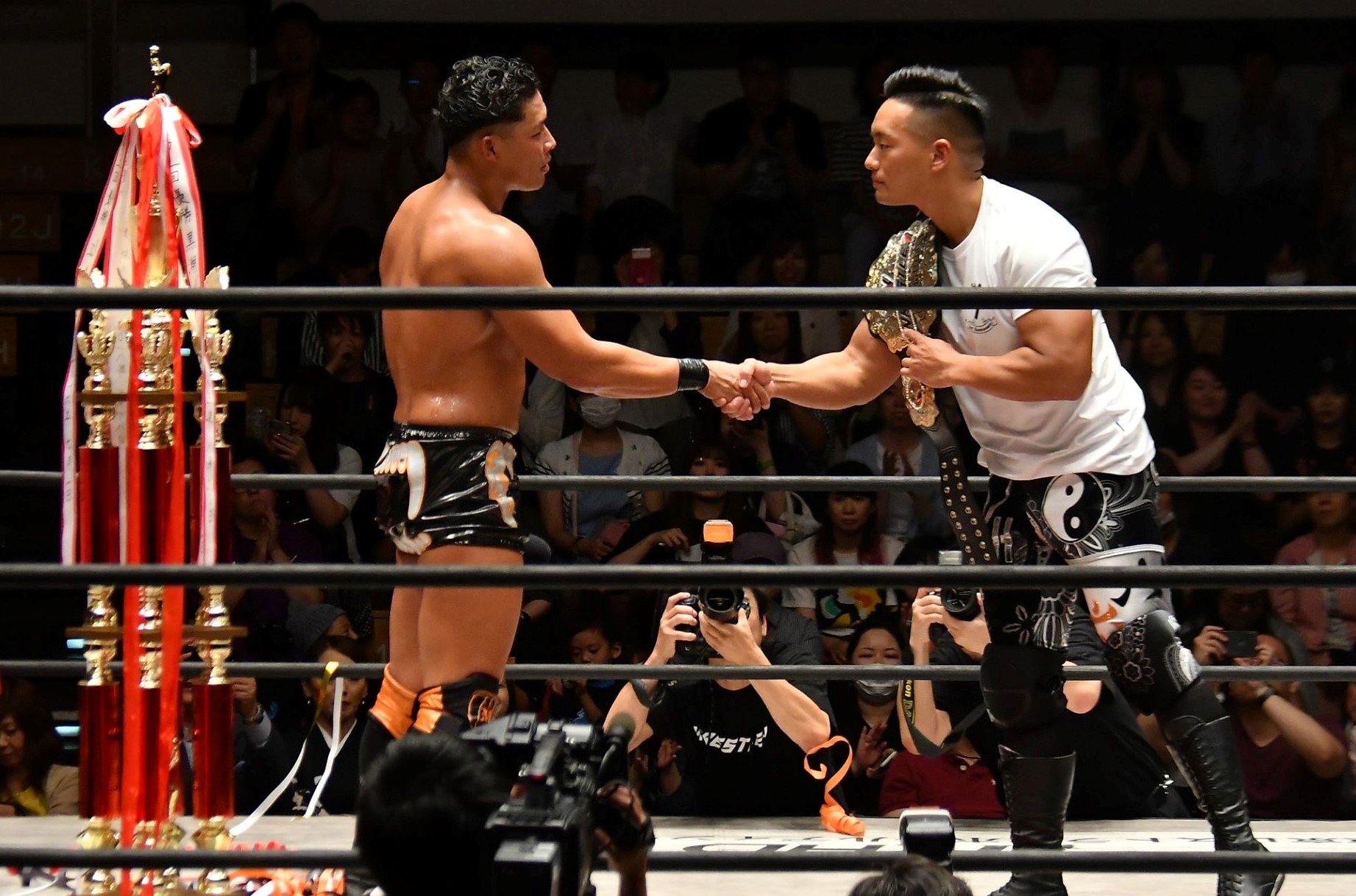 Thoughts:
There's a reason I watch the weekly series, and honestly it's because W1 continued to grow on me more and more until the point where I just had to keep an eye on them weekly. Now, I covered the episode that clipped this one, but I still had to check out a few of the matches in full.

The two semi contests were very enjoyable. Daiki did very well in his role and I think I'm getting more okay with knowing that he actually wins the tournament this year. The other was a fun submission focused battle with Koji getting a lot more offense in than I actually expected.

Watch both of those.

The six-man was good with some comedic relief sprinkled. Alejandro hopefully learned something here. Nothing must-see, but this was still a good way to keep the show moving if nothing else.

The other cluster was far better. Yea, there was some comedy here too but the action was better in general as was the overall layout.  Strong Hearts remain one of the best things in wrestling right now.

The main event closed the show on a strong note. I still wish Ashino had won to set up the story of him reclaiming his throne, but honestly this is a great chance for Daiki to step up and so far he's sold me. Will he actually win the title? I doubt it, but I'm okay with the choice and the finals themselves were great.

W1 Grand Prix was another enjoyable experience from the company and you should consider watching at least some of these matches!
Red's Reviews Wrestling