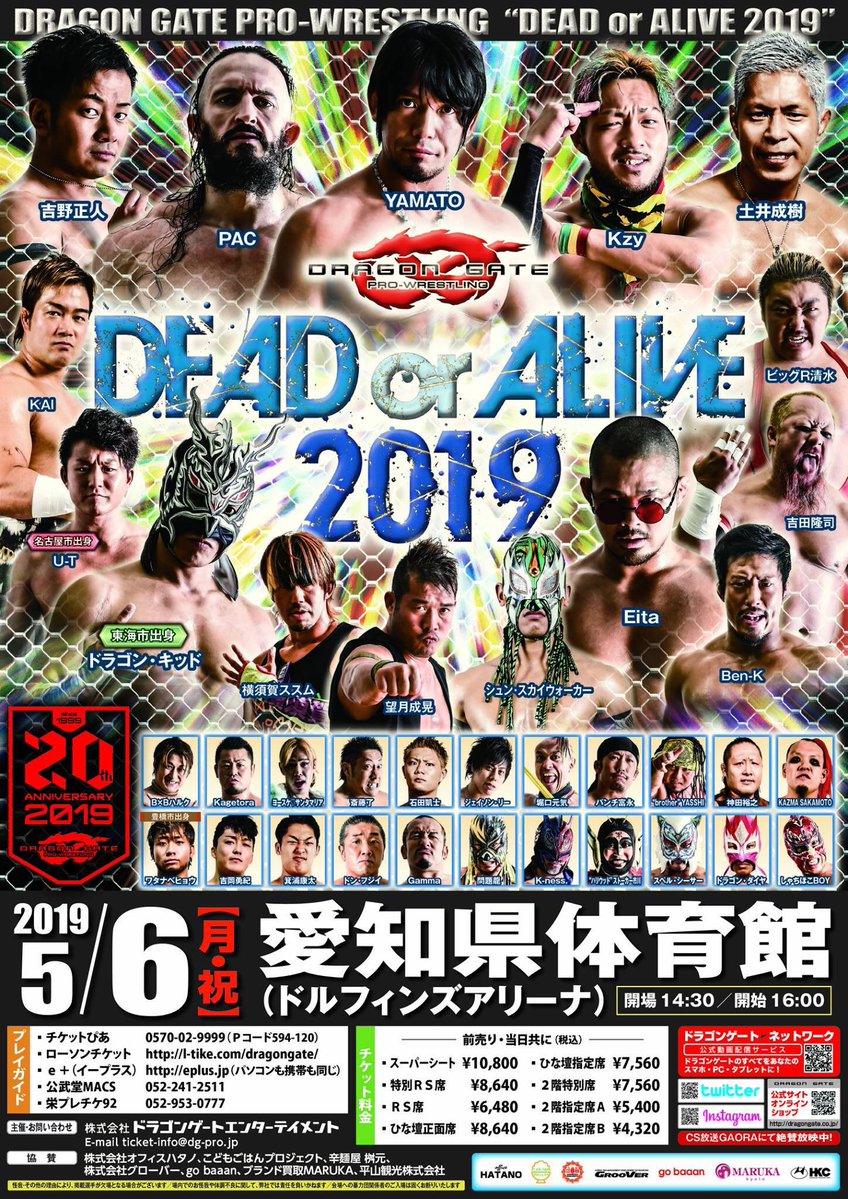 Thoughts:
One of the biggest Dragon Gate calendar events is here once again, so let's dig in.

The first match was a bit sloppy at times, but ultimately worked well as a showcase for the future stars of the promotion and everyone played their roles well to provide a good start to this year's show.

The two spot was a comedy affair. Remember when Sochihiko BOY was poised for a breakout? I wonder who he pissed off. The comedy aspects worked decently, but this isn't anything you need to see.

Match three was a fairly good match that mainly served as a pilot for the continued RED drama. A lot of team dysfunction spots, but enough solid action to keep it fun.

Up next, we see the Strong Machine group making TV look like chumps. Strong Machine J is the son of alumni, Super Strong Machine. His partners are just a few of the bigger roster members wearing the same attire. They remind me a bit of a lesser version of NGD. The style is a change of pace for typical DG, but they seem behind the concept so I'm willing to give them a shot. Good match, though nothing major.

Our first real standout contest was the Open the Brave Gate defense. Susumu is one of my favorite workers in their system, but one that gets very inconsistent booking. This was a great title match, and I hope this is a long run for the former Dream Gate champion.

The Triangle Gate belts were on the line next, in a pretty enjoyable outing. The Mochi kids have been one of the more entertaining aspects of the promotion of late, but keeping the straps on the heel unit was the best choice for now.

Our semi-main event was the next PAC defense, this time against Dragon Kid! These title matches have made the Dream Gate Championship one of the must-see belts once again, thanks to PAC. The last time this belt was this relevant was during SHINGO's amazing run a while back. This was fantastic, and well worth going out of your way to check out.

We close with the latest installment of that insane DG cage match that we all know and love. They mixed it up this year, with the wager being "unit bonds". The representatives here for their respective units will be trying to capture the flag, with the last man remaining being forced to kick out a member of their group. Those who escape can also choose to remove a member but it's just an option for them instead of a forced one. Yes, it's crazy but Dragon Gate does this type of insanity better than anyone in the world and this was another great one. Returns, bazookas, poison mist!  If you want something unique, here you go!

After the match, Skywalker decided to leave Mochizuki Dojo forever and forge his own path. The forced removal choice from Shimizu was to kick Ben-K from RED.

Dead of Alive tends to be a good reflection on how the promotion is doing that respective year, and this seems to be true once more. Dragon Gate retains some flaws, as all promotions do, but they've been wildly entertaining as well and this show is well worth checking out.