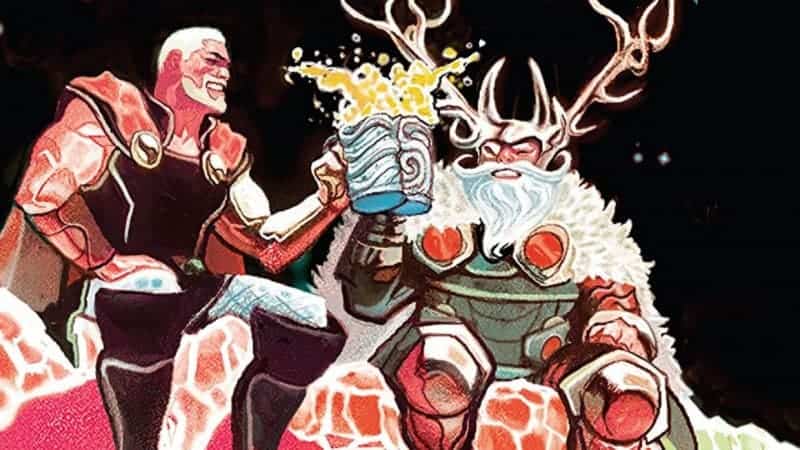 Despite never being a huge Thor fan, the films changed my perception of the character enough and since I am reading the build-up for the big event...

First off, this one had me hooked pretty early on. The drunken father of Thor, Odin, spends the issue full of regret for his choices, making for a compelling tale with more depth than expected. It's almost heartbreaking to see the story unfold. The plot here, in general, did very well in making me want to see what's next, so that's a score. The art was pretty damn good, with some creative touches here and there, too.

Really, this was a great comic and one of the best I've read since I started the habit again. Remember, I haven't read a lot in the past few years, but I also haven't read much Thor in general. That didn't matter much and I think this is pretty newcomer friendly, though I see enough details for the vets to be happy, too.

If the rest of the event is as good as this, I'll be overjoyed. Hell, I might even start reading Thor more often after this one.

Pick this one up, now.