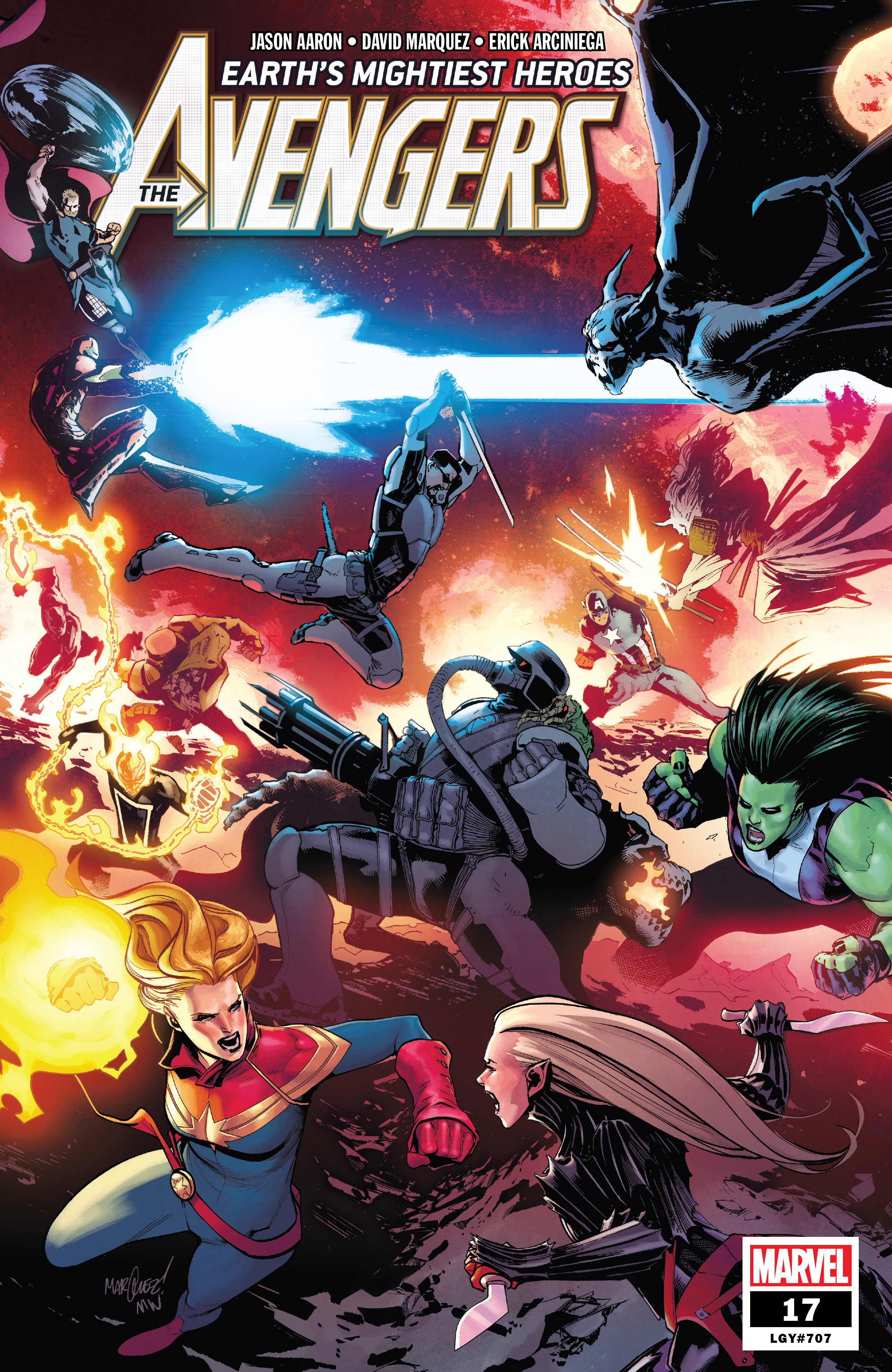 I've officially prepared myself for April's War of the Realms event by finishing this one. I know I've been building it up here, but I really think this looks like a fun blockbuster run and I'm hoping at least one person reads this and decides the same.

So, while one of the runs setting up the event was pretty forgettable (I'm looking at you Asgardians), Thor and The Avengers have been very entertaining so far. The Avengers was perhaps the biggest surprise for me seeing as I went into this arc worried about the quality. Vampires are, after all, hard to do the right way these days.

They've proven me wrong so far, though having Ghost Rider as a major played has certainly helped keep me interested.

It sucks that the twist here had to be at the expense of a character that I actually found to be decent, and I would have perhaps preferred one more issue before it happened, but the story work here was largely well done in general. I can only assume the rushed pace of this one is a result of them trying to finish the mini-arc before the big event, so as long as War of the Realms is a good story I can forgive them for storming through with this one.

This issue is still fairly good despite the flaws, and has me wanting more which is exactly what a good comic is meant to do. Go ahead and consider this one if you've been reading the issues building to War of the Realms just know that it is a bit anti-climatic before the big twist which slightly lessens everything they were doing. One the other hand, if you've skipped this story so far go ahead and keep that trend once more.