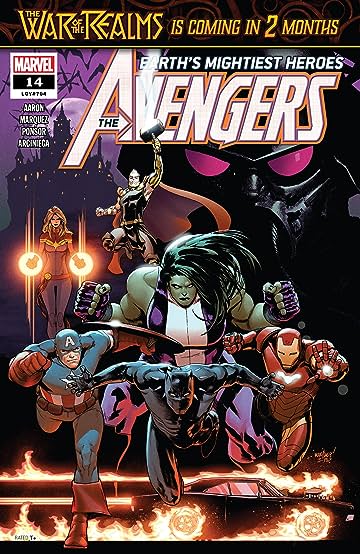 My road to the War of the Realms begins, and I must say that this was certainly an interesting read. The intro mentions that vampires are all at war with each other and the Blade is a new member of the Avengers.

Now, I'll be honest and say that vampires are tricky. They've been done so much that it is hard to do them right anymore, in my opinion. Hell, even having Blade in the Avengers is a bit iffy for me. Seeing Dracula involved is an even harder sell. But, that said, I was willing to give it a try. The fact that Ghost Rider was a core member, even if it's a new version that I am not very familiar with, is enough to get my attention. Well, that and the fact that I really wanted to read the prologue books for the upcoming event as previously mentioned.

Indeed, the Ghost Rider subplot here was the best part of the issue, but honestly the vampire plot was better than expected. As a result, this was a pretty enjoyable read and a good start to things.