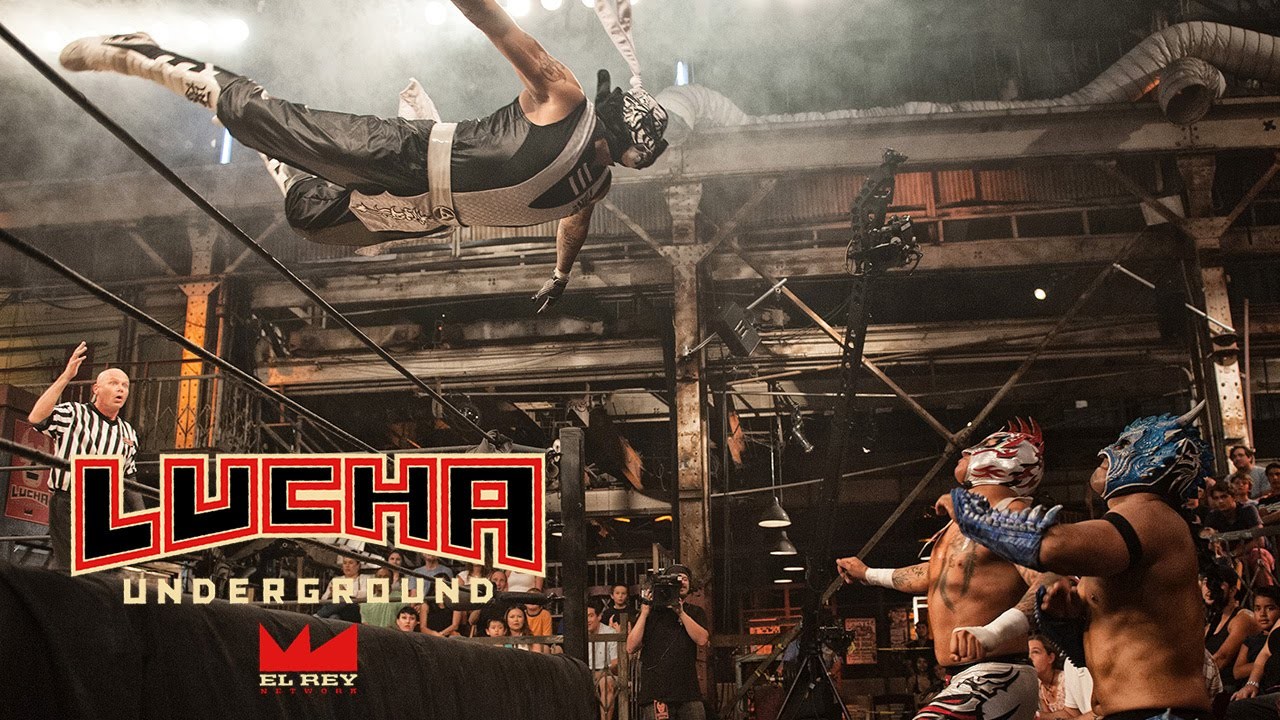 With Lucha Underground looking to be flatlining, I know that a lot of fans are left unsure what they should be checking out to fill the void. While nothing is really the same as what we got from the Temple, here are a few alternatives you could check out. I added a video from each to further promote all five and their right to be on a list like this.

IMPACT
I know that the promotion formerly known as TNA is a bit of a black mark in the wrestling scene. A lot of the issues that drove away fans and made them a laughing stock for smarks was honestly their of their own doing. But, despite that, Impact has been turning out one of the most consistent wrestling shows on TV for a while now and is something I try to encourage old fans who left and the naysayers to give a shot once more. Do they deserve it? That's up to you, but they do feature some b-film style segments, some lucha and indie infused action, and several LU talents on their regular roster. That alone makes them worth adding to this list if nothing else.


AAA
Like Impact, AAA haven't made the best of names for themselves to fans outside of Mexico. A bit part of the issue spawns from the terrible English commentary work and a few bad shows. As a long-time fan, I am proud to say, though, that last year they completely turned things araound when Konnan returned and have arguably been the best lucha libre promotion in the world since. Remember that Lucha Underground was a sister show, of sorts, of AAA so that means that a lot of the roster is here as well as the in-ring style. Go ahead and give them a chance, just make sure to do so with the normal, Spanish streams.


Dragon Gate
Dragon Gate has some insane storytelling with plots and callbacks that last years, has hard-hitting, high speed action, and unique characters that you won't see anywhere else. Though there is little direct connection between Dragon Gate and LU, outside of Daga, they share a lot of similarities. Sites like IHeartDG will help you translate the promos.


CHIKARA
If your favorite part of Lucha Underground was the insane plots, than CHIKARA is for you. Imagine if comic book characters came to life and then decided to wrestle in front of a small, loyal crowd, instead of fighting crime and battling aliens. The best part is that some of their best roster members are very talented and can't really be seen many other places.


MLW
MLW has some Lucha Underground talent on their roster, mixed with a weekly show that tends to be pretty fun. I've heard them called the a wild west promotion, which is kind of fitting. The company has shown an interest in showcasing some lucha talent since their return which is a big reason to check them out. Hell, they book LA Park, which should be more than enough to give them a try.


BONUS: Wrestling Society X
WSX is basically Lucha Underground but ten years earlier. They didn't run long, but they featured nearly all of the same traits that made LU so popular and you can easily find the whole show online to view for free.