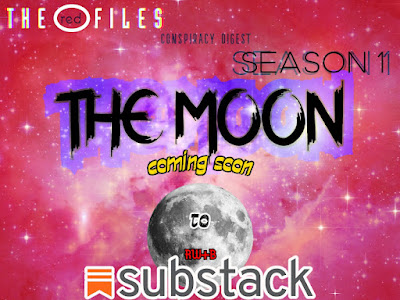 In an attempt to mislead the public, the term “conspiracy theory” has often been thrown around to deflect blame. The choice also results in the death of public debate, especially in modern use when questioning narratives can see users removed completely from social media networks and thus from the public square itself.

We’ve seen report after report proving that the United States government has been working directly with these platforms to censor ideas; a direct attack on our constitutional rights.

And, in regards to blame, it can be easy to shift it or ignore it when you laugh off any debate.

So, with that I introduce The Red-Files.

This new ongoing series will be released in multiple media forms and will be done in season style releases. Each season will have a theme. Season one will focus on conspiracy theories specifically involving the moon. Note that I am a big skeptic of basically everything in this pool, but I want to do an in-depth examination of such things and honestly the moon just seemed like the right choice to kick us off.

Expect Red-Files no.1 to release Spring 2023, only on Substack.

Other Things of Note The Red-Files