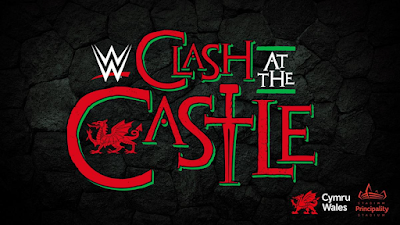 I'm glad I finally made time for this one. To put it simply, this is perhaps my favorite overall WWE special event in a long time. Note that I was happy to be able to bring readers a recent Pro-Wrestling Digest that featured a style I wish I was able to provide more often. Alas, I am just going to try to get through a few more pulls that I have before the year ends. Playing catch up is exhausting and I don't want watching something I love to be so tiring. I appreciate those that continue to stop by, and am always surprised by how many actually do so, especially given the fact that my coverage tends to focus on things that aren't often up to date.

I hope I provide for a good read to make up for it.

The opener was a great one with a good runtime and solid action. Bayley getting the pin on Bianca was a nice touch and added some great building blocks for future content. Everyone got to show off and it made everyone look good as a result.

The Intercontinental Championship match was a masterpiece. The hot start that saw Imperium and the BB's brawl momentarily while Sheamus and Gunther tried their best to eye-laser their opponent was a nice touch. The tone, pacing, and effort is worth high praise and I urge all to watch this one.

Even the crackhead production style with their thousand camera cuts a match approach didn't take anything away from this epic.

They sadly followed this one up with a cool down. Liv is decent and I dig the underdog angle they were going for. It's easy to root for her, folks. That said, she and Baszler just didn't click well enough and Morgan just isn't THAT good in the ring so it dragged things, that had been on a full-speed ahead trajectory prior, to a bit of a halt.

Edge turned back the clock alongside vet Rey Mysterio next to best Judgement Day. I actually really enjoyed this one. It was borderline great, in fact. I also want to enjoy this program more than I do.

Maybe it has evolved more since this one...

The post saw Dom turn on Edge and Rey while Judgement Day looked on, laughing.

Seth and Riddle worked the semi. Both are true pros so I had high expectations and they certainly met expectations with this one, even with the small bits of roughness. They built this one up nicely as it went along and dug deep. A flamboyant piece of homemade cheesecake made by a neighbor.

I keep hearing bad news about Orton's recovery efforts, by the way. I'm hoping the reports are wrong.

We closed with a fantastic encounter that saw McIntyre try, and fail, to dethrone Roman Reigns as the top dog of WWE. The crowd was hot, as they had been much of the night, and added nicely to the experience. The two titans leaned into it and worked their asses off to make this a memorable main event. Roman retaining was the right choice, of course, though I can only imagine the pop that would have occurred if Drew had won here.

The post-match, intended-for-live-audience sing a long being included on the DVD was entertaining I suppose. They fucked up, they accepted it. This is the same company that changes crowd reactions after the fact so that's something, at least.

Anyway, Clash at the Castle was a treat. Nothing was bad and most of it was well worth watching. The crowd was legit and the talent worked harder because of it. I easily recommend this one to anyone that missed it!