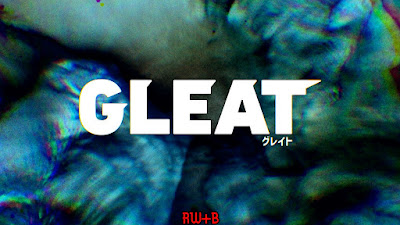 GLEAT is a company that I've found myself enjoying each time I've made time for it, even though it's only happened a few times, so lets revive this old ongoing series to spotlight them a bit.

First off, yes I agree their name is trash. I've been told that the STI fed is meant to be more GREAT tied in with their parent company name than disease, but alas here we are. Don't google it, please. Or do. Whatever gets you off.

Secondly, lets talk briefly about the history involved here. Lidet previously had a financial interest in Pro Wrestling NOAH and were attempting to return them to their former position and rank, but eventually they sold off their shares to CyberAgent when they deemed the quest impossible. Later, Lidet would launch GLEAT because pro wrestling is an itch that just wont die. Like some STI situations.

The company has revived the UWFi soul and runs half of their shows under the shoot style rules, using the branding of Lidet UWF. The other half of their content is under the umbrella of G Prowrestling, featuring an approach that is closer in style to that of modern contemporaries. There are a few workers on the roster that participate in both sides. They currently are without championship prizes for competitors, but when I checked out their 2022 schedule I did see that their first show of the year lists the start of a, "G-Rex 1st Championship Tournament". Rejoice!

The G roster features two major factions; Cima's #STRONGHEARTS and BULK Orchestra, which might be of interest to curious fans. They also have featured joshi content on cards, which is refreshing considering there remains a strong level of misogyny in Japanese wrestling. Far too many fans vocally defend it, too. Excuses for bigotry are always laughable, folks.

There are touches of WRESTLE-1 and Dragongate sparks here alongside the respect of UWFi leanings and overall enough on display in general that I think wrestling fans should be able to easily find something worth their time if they were to take a dive.

Previously I had watched a #SH match from the GLEAT debut. Here's what I had wrote about it.

Issei picking up the victory here felt like a big deal and the entire match was a nice paced, fantastic six-man tag team battle. I really appreciated this and am excited for GLEAT, despite the awful name.

This was an epic spotfest that built up and kept a strong pace for nearly an hour and honestly I would say it works well as an introduction piece. Fantastic stuff and strongly recommended to lucharesu fans.

Check out my review of Ver. 2 HERE, which I've posted as a companion to this entry.

Give GLEAT some of your time if you're seeking something familiar yet different. A fresh product with echoes of the past. I'd argue that they've made it clear they're worth it and it can always be fun getting in on something while it's still new. As for me? I now consider myself a fan, having caught what they're supplying.