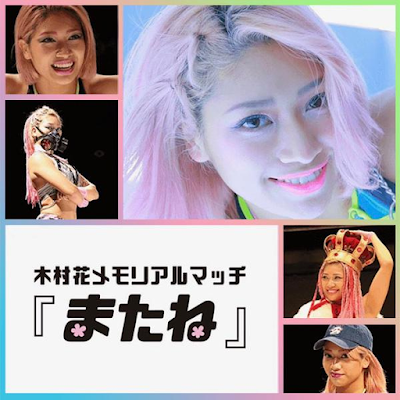 I'm working through missed content and this one felt like it deserved a full watch/review instead of me just taking select pulls. Anything else felt disrespectful. I think I've put this one off so long because I was fearful of the emotional response, if I am being honest.

The opening match was a great lucharesu contest featuring some seasoned, very underrated indie Japanese performers working a fun trios contest to kick things off on a fun note. While the show was destined to be emotional, I appreciate the tone being set in this manner.

They followed up the fun six-man with a comedy-heavy battle royal. You'd have to appreciate Japanese comedy to fully enjoy it but I found it to be more entertaining and enjoyable than most battle royals. It helps that we had Ashino and Chihiro working together at one point. Good stuff and once again the tone was kept light.

The big atomica was fucking awesome and beautiful and a thrill-ride. Kagetsu and JZK coming out of retirement for this show was super cool and everyone involved stepped the fuck up big. Not only was this a MOTYC based off of quality, but relevance. As a result, it is one of the most must-see matches of the year.

To make things even more special, ASUKA and Kagetsu worked a badass singles match after. The fact that Kagetsu looked this good despite not having worked for a year is incredible. They ended the in-ring action portion of the show in an awesome manner and I applaud them for their performance.

In fact, I applaud everyone involved on this show. Not only was Matane an awesome show in a vacuum, but when you add the emotional bits sprinkled throughout, and the purpose of the event, you have not only the debatably best show of the year, but you also have one of the best shows I've personally ever experienced in general.

Make time for this one, even if you somehow never got to see Hana and become a fan before her tragic passing. It's a perfect show and a perfect tribute.