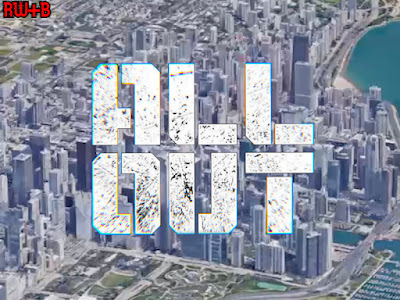 Note that I've made some major changes to the site and am also now posting results for shows that I'm not planning on posting reviews of. I might add shows I'm reviewing, too. I'm torn. Let me know if you have an opinion.

I've had my coffee and it's time to write. It was a hectic couple of days. First, can I brag a bit? Yeah, I know it's tacky but I have been giving y'all good intel for a while now. I'm just a bit tired of people throwing shade and then when my leaks turn out to be accurate...crickets. It's how the internet works, of course, but it's also why I try to increasingly stay offline other than writing here, writing my books, and promoting this stuff on Twitter.

I don't do click bait unlike the others but I drop info randomly on the site which doesn't help me, but I find clickbait to be truly awful. If you don't mind my ADHD writing style, I promise you'll get some good leaks pretty damn often.

Here's something for those that I didn't scare off...

MORE DEBUTS, SOON! Three big, active workers and at least two semi-actives. One of the actives is a dude that sees his contract come up sooner than some expect and I'm thinking we'll see him and another one of the names fighting forever on a new stage. The Forbidden Door looks to see another promotion walk through soon, too.

Oh, and next year expect All Out Weekend to be treated as a bigger deal than WM Weekend.

So, the Buy In saw Punk being real and it was great shit, most of which was done with a JR sitdown. The production value of this stuff has been very enjoyable. The rest of the teaser build packages were as well done as always, too. Some of y'all know I have a history with production work. I'm not great but I've made some decent shit. AEW doesn't get nearly enough credit for their work, though.

The Buy In match was fun, crowd-pleasing shit and exactly what it should have been. I kind of wish AEW would start an All Out tradition of having a Buy In torneo cibernetico but I also just want them to start using that match type in general. It's a favorite of mine and CMLL, the main source of the cibernetico, isn't very good right now and CHIKARA is dead. I really enjoyed this match, though I've also enjoyed this feud more than most seemingly have. It felt similar to something you'd see on a PWG show, specifically BOLA weekend.

Just a reminder, but WWE has programmed a lot of people and I feel this needs to be said:

The Buy In is not a bad spot and is often seen by more people than the PPV side of the cards.

Everyone's Drunk Uncle and the Men of the Year were with some pals in the box. I'm not a fan of this union and if I wanted to be insulted with cheap heat shit like this I would watch WWE. AEW is a variety show and not everything lands for everyone. This doesn't land for me, though I am happy to hear Sky signed an extension.

The show proper began with the TNT Championship on the line. I love that they actually printed that damn shirt for Eddie, by the way. Eddie is about to make a whole lot of money. Can I side step for a moment and say that I LOVE seeing all of these oldhead CHIKARA folk doing so well on a big stage finally? That fucking company, despite the way it ended, had some of the hardest workers in the game that just never got a fair deal. Tony and The Elite saw their talent and have utilized it when no one else would and I love it. But yeah, I was hoping we'd get something in this one that was similar to the 1980's All Japan style mixed a bit with modern Western stylings. In a way, that's what this was. I appreciated the intensity level and pacing and honestly just really enjoyed everything about this right up until the finish sequence. I'm just not big on shit finishes. Still, a great match overall and Eddie lost nothing in defeat. Miro continues to be a fun champion.

I had a chat with Culticon this weekend where I said it'd be a big deal if Mox came out with the GCW Championship. He came out with a hoodie, so that's something.

Jon and Kojima worked a borderline great singles match as Mox continues his forbidden door run. Kojima was always going to be a bit underwhelming of an opponent for Jon of course, but the Super Saiyan Bread Lord is still a strong competitor despite being on the backend of his career and they certainly made this work. It was perhaps overshadowed a bit by the post-match arrival of Minoru Suzuki, though. I had thought they were saving him for Dynamite and only learned of the debut a few hours before the show, but I think they made the right move in hindsight. This all eventually will see Mox versus Tanahashi, but him and Suzuki should not be overlooked in the process.

They traded strikes and set one hell of a tone and preview.

The women's title match surpassed expectations. Baker continues to grow as a competitor and is really a complete package. Kris remains one of the most underrated female workers in the game. The pacing was solid and the drama was well done. While the outcome was never really in question, this was more than just a throwaway defense for the champ. So far, this is my MOTN.

Chavo is kayfabe to blame for PAC missing the show.

Cage match time! No escape victories. It was a spectacle. Spot after spot, shot after shot. The Lucha Bros winning was honestly an amazing moment and the entire thing was a MOTYC. Bloody, beautiful, awesome. The athleticism and storytelling on display deserves nothing but praise.

Highlights of the first half air before we move to the Casino Battle Royale. I'm not a huge fan of battle royale matches with few exceptions. This isn't really an exception but your mileage will vary wildly depending on your own opinion of the gimmick. What I will say is that the women's division has improved greatly and features a wide range of very talented workers. Ruby Soho's debut instantly elevates that division, too. I hope we get women's tag belts soon, which a source has told me is indeed coming along with trios straps, and I also hope we get what Kenny wants which is even more focus on these girls. The winner was logical and it was far from bad overall. It also served as a nice building block for several matches. Perhaps recommendable just to see how far the division has come. Also, Ruby Soho is finally about to get booked the way she truly deserves and it's a magical thing.

MJF's entrance was gold. Jericho's was a bit off due to timing of the crowd versus the live guitar. The match was a bit overbooked, including a rundown brawl between Wardlow and Hager as well as a circus act finish, but it was still good as a complete package. While the outcome never really felt in question, it was fun for what it was. Inner Circle stood together after.

Darby looked more nervous under the surface than I think I've ever seen before. Misread? In regards to Punk, note that I broke news of him coming what feels like forever ago. He officially returned what feels like months ago. Of course, that's hyperbolic, but it still feels surreal to see him in a ring again, especially as an in-ring worker. He looked more "himself" and full of life since perhaps his Ring of Honor days which was entertaining on its own. Even without the nostalgic excitement, as a match in a vacuum this was pretty fun shit. Allin nearly died and both worked hard in general. The storytelling and action both combined nicely and made for a great experience.

The card placement for Punk/Darby should be noted, by the way. While many presumed it would main event, the fact that it didn't further supports the reason for CM Punk's return. It's cool to see.

Speaking of surreal, if we backtrack a tiny bit at least, Sting, Darby, and Punk shared a moment post.

In the bathroom break spot, The Giant beat QT in just over three. While kept short, it still did nothing for me. QT is a better wrestler than most give him credit for and The Giant is a legit nice dude. That's the only nice thing for me to say here.

The IMPACT World Champion, Christian, and Kenny Omega had a fantastic match on Rampage and set one hell of a tone and high expectations for the main event. The card placement and fact that the other debuts I knew to expect had yet to occur heightened things. That said, I will admit that I might have enjoyed the Rampage contest a touch more than this one. It was still a great defense regardless and Captain Charisma continues to be far better on this run than even I expected he would be. Kenny is a wrestling god of course, too.

A dude I know told me he thought Kenny's hair reminded him of Dipshit Rudy G for those needing a laugh. Funny shit and I couldn't NOT see it after our chat yesterday.

After, The Elite beat down Christian. Jurassic Express tried to make the save. Failed. Kenny grabbed a mic and bragged.

Rise of the Valkyrie. Danielson is here. The YES Chants rang out. The faces took control and sent The Elite running to close the show.

All Out 2021 is not only one of the best PPV events in wrestling history, it's also one of the most important. AEW has all of the momentum and would have to fuck up big now to change that. This show is a must-see for all fans of the art due to a card stacked with top shelf action and major debuts.

Make time for this one if you skipped it!