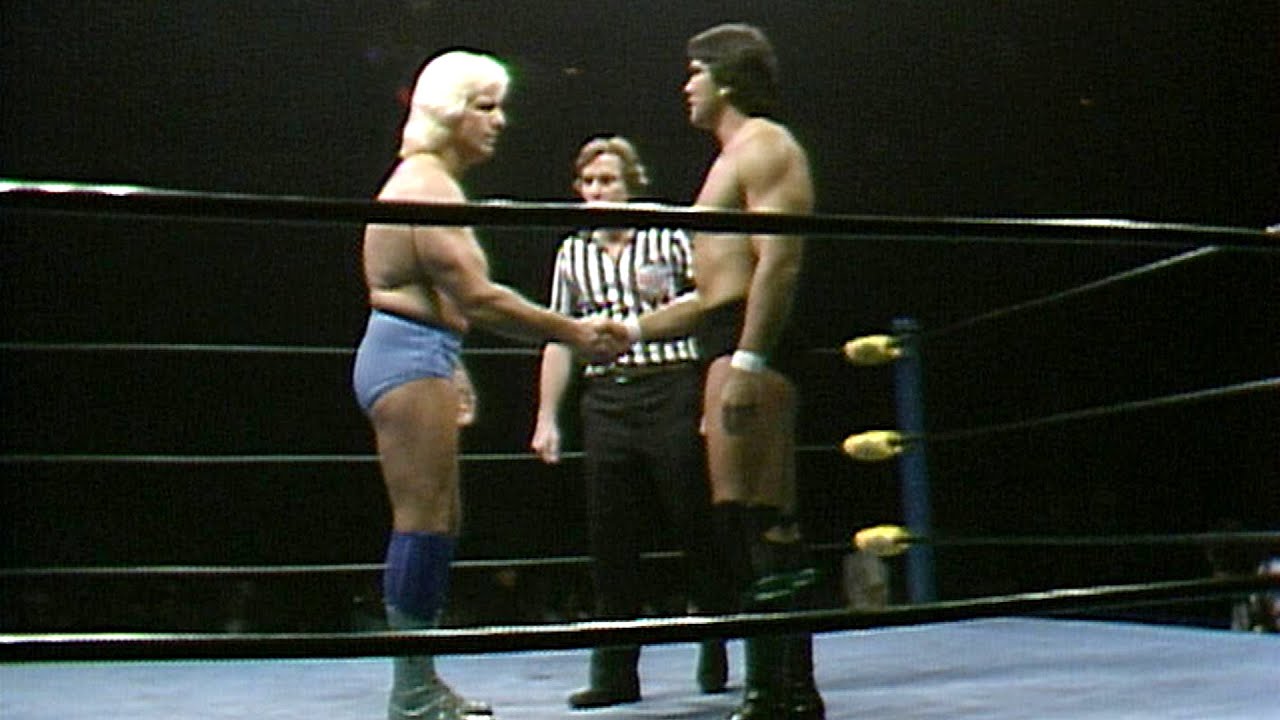 
Thoughts:
It's probably been at least ten years since I've seen any of these and in honor of Sean Gillott, a guy I respected a lot and was one of my favorite I enjoyed talking to about classic wrestling, let's take a dive. Note I originally intended to call this an 80's collection but all the pulls happened to be from 1989. Then I realized that it was basically just Flair vs Steamboat matches, so from there I just decided to look at their rivalry from the year.

Up first, we have the sole tag team match from the set which served as a primer to the rivalry. This was the Steamboat show for sure and overall a very good match. I would add that watching Powerrr lately and then seeing this further showcased how much current NWA is a love letter to the classic days. If you're wanting to watch the rivalry again, start here!

Next, we had a fantastic title match that saw Steamboat dethrone Flair for the World Heavyweight Championship and the start of the "trilogy" in front of an amazing crowd. While the ref bump and finish weren't my cup of tea, the entire thing was truly epic in nature and held up decently to today's standards.

Third, we have fantastic, house show action between the two titans. It's also the lost chapter in their 89 feud. Obviously the production here is the worst in the series, but that's not something that bugs me considering the circumstances. Just something I figured I'm mention. Either way, this was highly enjoyable content and well worth checking out, too. Note that the ref work here was awesome, for fans that care about that sort of thing.

Following up on the house show gig, we move to Clash of the Champions and my personal favorite match in the collection. Worked in a best two of three falls, the work rate here and general pace, especially considering the run-time, is awe inspiring. Very cinematic in nature, with only the end stretch being a true black mark, but they stepped up big here and told a killer story in the ring. If you only watch one thing from this set, make it this one!

Closing things out, we come full circle as both built nicely off of the previous encounters. The blowoff might not have been the best in the series and this was admittedly my least favorite of the bunch, but it's still a heck of a ride. A better finish would have been preferred here, which was an issue with the collection that lingered throughout, especially since it made it feel like an incomplete ending to the rivalry. Great stuff, either way and superb psychology and my issues outside of the finish are largely minor. Post-match, Flair and Funk brawling was a nice touch.

I'll have to make a documentary for this one day.

Overall, the feud of 89 stands up very nicely and features some of the best content you'll find from the era. If you've never taken the jump, it's time to leap!
Red's Reviews Throwback Reviews Wrestling