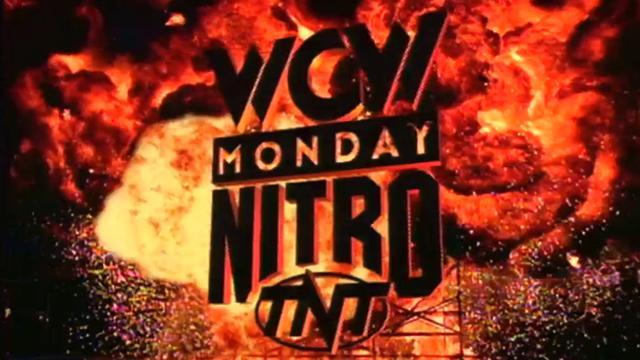 Thoughts:
Like the Asylum Years compilation, I had begun watching a collection of Nitro matches before deciding that it wasn't put together well enough to complete. Instead, I made my own "best of", consisting of ten pulls of matches I either remember and wanted to see again or ones I've heard loads of good stuff about and wanted to confirm their quality.

Up first, we start with the match that started it all. It was quick, get in get out fun and a solid spotfest. It is pure awesomeness that Liger was part of this and I still say that his retirement is part of why the world seems so fucked up right now.

Next, a tag match that exceeded my expectations. With four of the biggest names of the company working in tag team action, they all put in for a fantastic encounter worth checking out. This strikes me as a little gem that goes under the radar for many.

Third up, Eddie and Flair worked a fun charisma-filled contest featuring good action and trademark cheating from both performers. It felt like a big moment for Guerrero even in defeat so that alone makes it worth watching.

Rey versus Malenko, like their other encounters, was entertaining. Does anyone else watch some of these Nitro episodes, look at the fire art on the pads, and laugh thinking about these old shirts? How about, does anyone watch Roderick Strong and think of Malenko? Anyway, the nice blend of styles was on display here as the entire thing was good. If they had added more time instead of ending it on a time limit draw it could've been better.

Juventud was one of the best dudes in lucha libre back in these days and he and Kidman killed it here. This truly was a great cruiserweight battle with both going spot for spot. It holds up today so give it a watch.

Pull seven built nicely and was actually a solid TV matchup. Booker looked good here and props to Hart for doing the job in this one. The only true knock I have is that they aired a Disco backstage segment midway that took away from the momentum.

The four-way was a fantastic spotfest with Juvy and Nicho working together for a good length. There was a strong level of creativity on display in a way that allows this to still come off strongly by today's standards. If you love balls to the wall stuff, this is for you!

Our third to last pull saw Sting dawning those boots that I had forgotten about. It also saw two of the biggest names in the company working a very good championship match. Most people tend to think of this period of WCW history as being weak but there are still some nice gems to find. Note that this match led into the next which took place later in the night in the main event. I wanted to like that one, but it was too chaotic and not in the good way. It just never found a good grove and Savage's run in didn't help things. It was a very WCW move to change the belt twice in one night.

Closing things up, we look at one of the most emotional matches in WCW history. While what Chris did is pure evil and can never be truly forgiven, even with the valid excuse of CTE brought up. Regardless, I can separate the man from the work and still love watching his classics. Ignoring the commentary job, this was technical brilliance and a perfect example of why these two are considered two of the best ever. I consider this the best Nitro match of all time. If you've never seen it, fix that mistake. RIP Owen!
Red's Reviews Throwback Reviews Wrestling