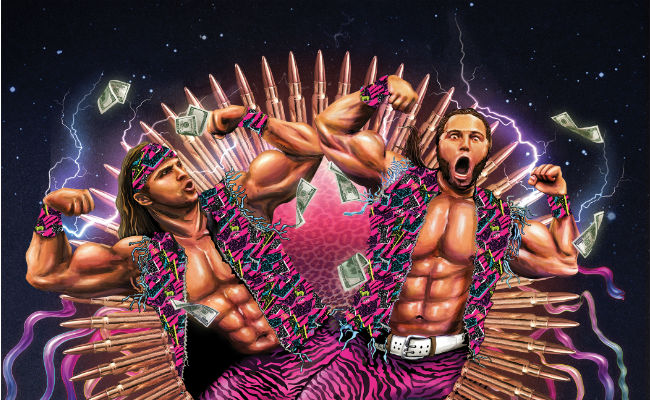 Week of 08/01-08/10
Note that this has a few days included from the end of last week to account for August starting mid-week. It's an OCD thing.

1.IMPACT Tag Titles: The North(c) vs The Rascalz ***1/2
IMPACT Wrestling
With the Lucha Bros and LAX out, the North and Rascalz look to fill that gap. This was very good tag team action and another example of how Impact is pumping out quality content.

2.Demian Kross vs Frank Nova ***
CNL Lucha Libre
I randomly picked this one, not really knowing either talent, but it was a good contest and both workers showed potential.

3.AAA Tag Titles: Young Bucks(c) vs Lucha Bros ****
AAA Worldwide
The generic tunes they use to avoid YT issues are so poorly chosen. Anyway, this was overbooked and chaotic as hell but admittedly I loved it all the same. These two teams continue to prove just how awesome they are and this series continues to be just as fun as it should be. Fantastic stuff and well worth the time it takes to watch it.

4.Andrade vs Mysterio ***1/2
WWE Raw
These two continue to pump out quality content against each other (and in general). This was very good and I hope they continue pushing Andrade.

5.Mex National Lightweight Title: Electrico(c) vs Virus ***3/4
CMLL Puebla
Something worth seeing from Puebla? That's rare. Electrico has been the victim of CMLL's bloated roster, barely getting any real chances despite being a champion and Virus remains one of the best guys on their payroll in general, despite also rarely getting bookings. They used this chance for sure, putting in for a great title defense. I admittedly wish Virus had won, though.

6.NWA Historic Welterweight Title: Volador(c) vs Dragon Lee **3/4
CMLL Puebla
I saw this on the same card as #5 and was excited. I shouldn't have been. Sloppy and disappointing with a scary finish and Dragon Lee out performing Volador in nearly every way, this was just the polar opposite of what it should have been. Simply put, skip this.

7.Oney vs Akira vs Kalisto vs Nese vs Ariya vs Gallagher ***3/4
WWE 205Live
The interview clips prior to during entrances were a nice touch. The comedy bits worked well and the athletic spotfest nature of these 205 clusters was on display once more adding up to another great match. Oney winning is awesome news and if the defense airs on the preshow I'll be watching it!

8.Thatcher vs Davey Boy ***3/4
MLW Fusion
This was a great grapple based contest. Thatcher remains one of my favorite tech workers and Davey once again proved that he can be enjoyable when matched up with the right guy. I hope Thatcher is back soon and I love how well this worked to showcase what Fusion is all about (mixing nearly all forms of wrestling on one show).

9.X-Division Title: Jake Crist(c) vs Prince ***1/2
IMPACT Wrestling
Jake's reign kicks off nicely. I know little on Prince, but he impressed here. This was a very good defense and a nice display of the X-Division style.

10.Impact Tag Titles: The North(c) vs Daga, Ortiz ***1/2
IMPACT Wrestling
The North with another worthwhile defense. Daga being teased as a new LAX member has me wondering if, when Santana and Ortiz officially go, if they'll rebrand (or go back to their older name) and if Impact will make another new LAX. Anyway, The North are one of my favorite teams in the game right now and you should make sure you're watching them (and Impact).
Wrestling