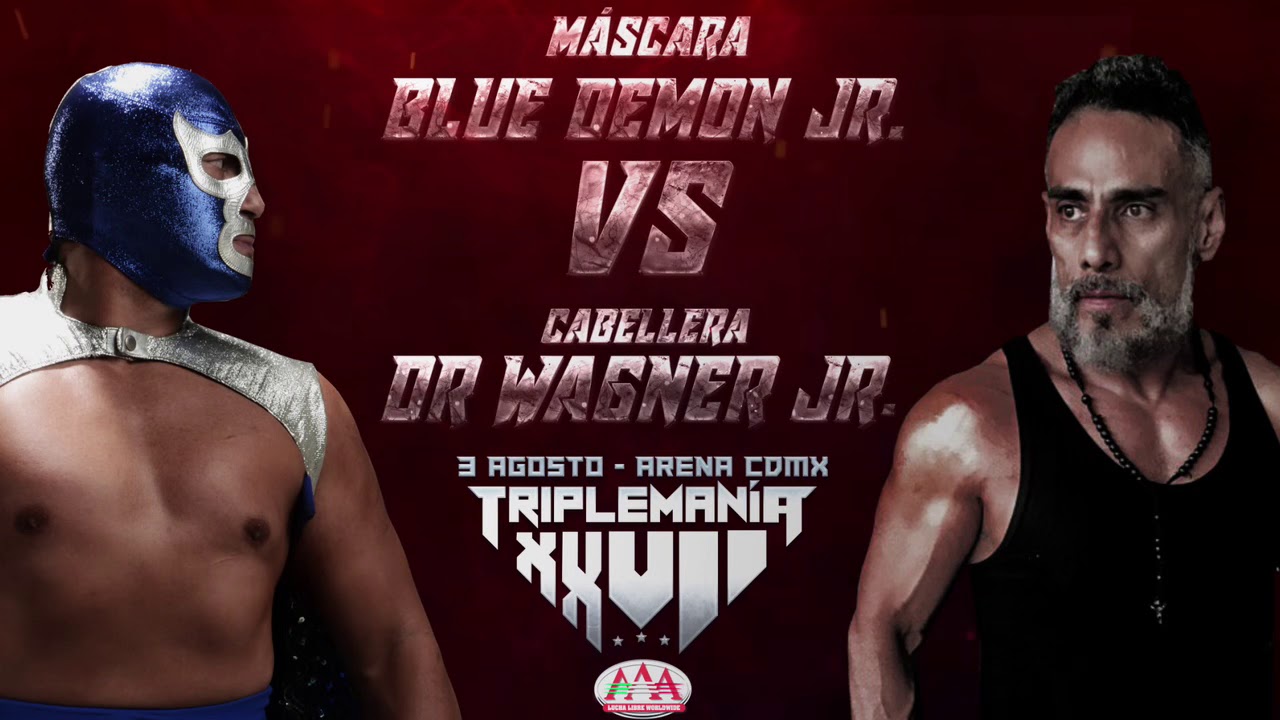 Thoughts:
In April of last year, AAA made a major change and turned themselves around. While they still had flaws like all wrestling promotions do, they were closer to the AAA that we all knew they could be. I wanted to watch live, actually, but between the video edit assignments and some family stuff, that wasn't an option. Anyway, a little over a year later, they are partners with the hottest new toy in the game, had a UFC standout working a match, and are getting more buzz that I've seen for TripleMania is a long time. Perhaps the last time I remember seeing fans talk about their big show this much was before XXIII and after because they had shit the bed.

Well, a lot has changed, so let's dig in and see how things turned out this time around.

The show kicked off perfectly with a fantastic, car crash style spotfest trios match. That's something AEW (and nearly everyone else) needs to take note of, because that's the kind of action that should kick off most events. Since April 2018, they've done a lot of these with various indie standouts and here they picked a perfect grouping.

The Unefon commercial was insane in all of the right ways.

The mixed tag contest was good, chaotic fun. Nothing major, but entertaining enough to keep the show moving on the right note.

The Trios Championship contest was very good. Take out the exoticos and it likely would have been better, but that's only because PdN and the Jinetes have great chemistry and don't need anyone else involved.

Whomever is handling the camera cuts needs a new job, but the show is off to a nearly perfect start.

Up next, AAA surprised me by exceeding all expectations of putting on a royal rumble style match that was nearly recommendable based on quality alone. Now, if you are a long time fan of AAA, go ahead and check it out, though, as it involved Konnan, Vampiro, PARK(!!!), and some entertaining moments mixed in throughout the entire run. Pagano winning before being attacked by Familia Real was certainly a surprise.

TLC time. With the champ announcing she was injured, which really sucks, they at least replaced her with a perfect pick. Hamada's return got some nice buzz in the puro/joshi scene. I expected clusterfuck insanity and thanks what this was. Tessa winning was awesome.

Cain's debut in wrestling went very well. The six-man was good with a smart layout that helped the tecnicos come off well. I saw Cody saying he wanted to bring both Cain and Psycho in to AEW, which is awesome. Cain could be a big star if handled correctly and this also gets us one step closer to Kenny versus Psycho!

The ELITE versus AAA semi was great once again and the right team won based off of the situation. The Lucha Bros are AAA Tag Champs, Fenix holds the Mega strap, their top prize, and Laredo is the Cruiserweight Champ. The fans were there to see them win and that's what happened. If you're an AEW fan, this is a required pitstop match to check out before All Out. Kenny challenging Fenix for the MegaChampionship is something I really hope turns into something.

Now, main event time. This is going to depend completely on the layout and require them to go all in with the theatrical, bloody violence they're known for these days.

That's exactly what we got.

The winner was never really in question, yet they still provided enough drama through the sheer brutality. The heel ref stuff from Hijo del Tirantes was a bit much, as usual, and there are a few other issues, but really this was a must-see, MOTYC bloodfest, apuesta and the perfect way to close the night of in-ring action.

It took hammer shots, a cinder block, and multiple weapon strikes in general to get to the three count.

This was one of the best TripleMania events in years and one of my favorite shows of 2019.

Go out of your way to watch this.