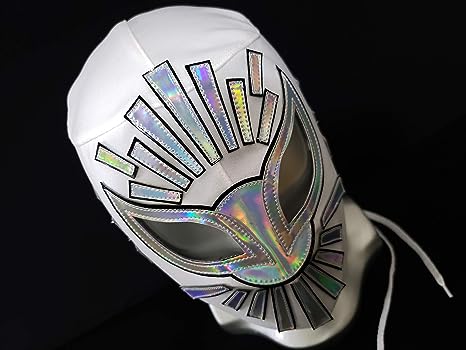 So, I've seen a lot of confusion and incorrect statements online regarding what I call, the Mistico situation.

Who are all of these people?

Well, if you need some help, use this handy little history guide. Just know that I am going to skip a lot of fluff here, just giving the quick facts.

When this happened, CMLL decided they needed to replace the role of Mistico. They picked Rush's brother, the original Dragon Lee, to do so. He has been working as Mistico now since 2012, but never really became the same level of star as the original.

SIN CARA
So, the first Sin Cara was the original Mistico. Within a few months, he was suspended due to failing a wellness violation. During his suspension, they used roster member, Hunico, in the role of Sin Cara. Eventually, this led to a rivalry between the original and "Sin Cara Negro". Many ups and downs followed, before WWE eventually let him go and put Hunico back under the mask full time.

The role is still being played by Hunico and it's worth noting that he actually claims to have been the creator of the name Mistico in Mexico, but eventually went as Mystico after loosing a legal battle with CMLL. He also worked for AAA and TNA as Incognito.

MYZTEZIZ
In 2014, the original Sin Cara, and the original Mistico for that mater, was let go from WWE and then joined AAA. He didn't last long, with the biggest moment being a match at TripleMania XXIII facing Rey Mysterio Jr. He actually lost the match and then attacked Rey, challenging him to an apuesta that never happened. He then went back to CMLL a few months later.

AAA recently revived the gimmick, giving Angelikal the name of Myzteziz Jr., which is fitting since his appearance was already rather similar to that of Myzteziz.

CARISTICO
When the original Mistico/Sin Cara returned home to CMLL, he decided to go with the name, Caristico. While he hasn't regained the same level of glory that he once had, he remains a top attraction and is still booked rather strongly.
Wrestling