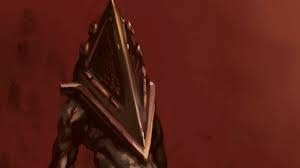 Further expanding the blog's subject matter (wrestling will always be the highlight here, though), I wanted to start adding video game posts. Let's start with the ever-so-popular ranking format while looking at one of the best horror franchises of all time. While the future of the series might be in doubt, we at least have hours of entertainment to look back on.

*Note that PT isn't included as it wasn't a full release.

9. Book of Memories
I hate that this might be the last official SH release. They decided to make an isometric rpg set in the universe, for some reason. The biggest issue, other than the fact that it doesn't feel like it belongs in the same series, is that it's not even a good version of this type of game. It's just an average-at-best entry, and sincerely the worst thing they released under the Silent Hill moniker.
Rating: **

8. Origins
Origins isn't a bad game, but it wasn't much more than a pitstop release. Released on the PSP, it was a bit fun playing an original SH title on the go, but it's hard to recommend it as required playing and is really only something I'd suggest for people who are fully devoted to the whole storyline.
Rating: **3/4

7. The Room
Now, we're into the good game range. Yea, the forth numbered release had a lot of issues, but I enjoyed the way they tried to mix things up. The execution failed more than it should have, but the creativity was at a high here. This one has become a bit of a lost gem in the horror genre, and is worth a peak if you skipped it.
Rating: ***1/4

6. Homecoming
Homecoming is a bit of an interesting release. See, the Resident Evil films ended up hurting that game series for years and the Silent Hill movie's influence on this game is pretty obvious as well. The good news is that the films were at least closer to the core of what made Silent Hill special, and most of the changes to the gameplay were arguably improvements. There were still issues here, but Homecoming was pretty entertaining at times even if a lot of it felt like a rehash of prior games.
Rating: ***1/4

5. Downpour
Bugs and glitches are what this entry are remembered most for, which is a shame as it was a pretty good title, especially with patches installed. This one slowly builds into something special as it goes along, and the tone was perfect at times. It might be middle-ground for the franchise, but it was still well worth checking out.
Rating: ***1/2

4. Silent Hill 3
We're into the great game territory now, and Silent Hill 3 truly is just that. Here, they arguably perfected the psychological terror style and the atmosphere was nothing short of excellent. If you want something that messes with you at night, pick up the HD release and dig in.
Rating: ***3/4

3. Silent Hill 1
The game that kick started everything, and one of the pillars of the genre. Reading the trivia to this game is as fascinating as playing it, and once you readjust to the controls it still holds up decently enough. Silent Hill was a great game and deserves such a high spot on this list as result.
Rating: ***3/4

2. Shattered Memories
A re-imagining of the first title, Shattered Memories was simply fantastic and featured some of the most unique features in a horror game that I've ever played. This one absorbed me in and had me re-play it three times the year that it released. If you are seeking a more modern Silent Hill game, this is the one to play.
Rating: ****

1. Silent Hill 2
Silent Hill 2 is not only the best game in the series, but it's also one of the best games ever. Everything about this game is iconic to the genre and I promise it'll stick with you for your entire life if you play it to completion. This is survival horror defined.
Rating: ****1/2
Video Games