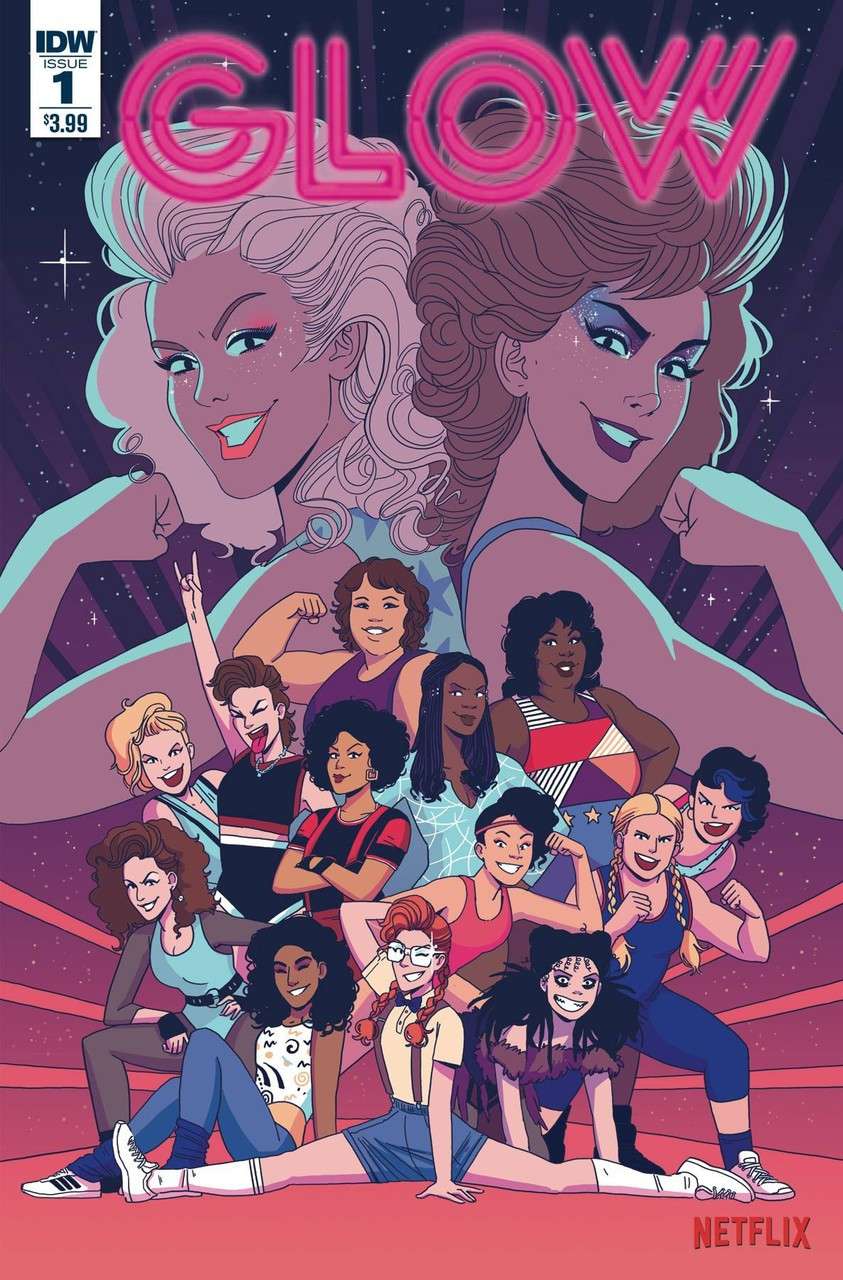 GLOW is one of those rare hits that manages to cross out of the wrestling world into the mainstream, so of course a comic series was going to happen eventually. Why don't we give them some love and check out the first issue?

This adaptation seems to fit somewhere in the second season and is basically a fun filler episode.

The humor of the series is actually translated fairly well and you can hear the characters voices as you read due to the writing keeping the tone in place nicely enough. One small issue I can see for some is that the cutesy art might be a bit out of place. It almost borders on a style similar to Steven Universe mixed with Archie.

I might pick up the second issue when it comes out just to see the follow up. Either way, this is a decent start even if I don't consider it a true recommendation.

Your mileage will certainly vary, but if you are a diehard fan of the show and you're growing impatient for a new season you should check this out.