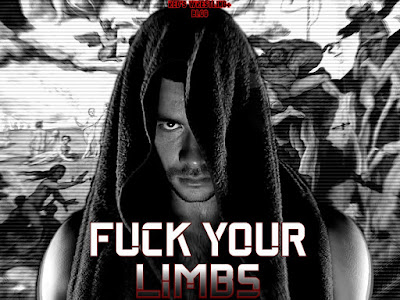 Inner Circle's PnP got a win to get them some ring time while FTR's Cash heels up to start this one off. They looked good, of course. I look forward to their rematch, presumably at All Out.

Nyla Rose faced off with someone closer to her own size. She still got an easy win as they continue to beast her out against everyone while teasing that she'll soon be in the title picture yet again. There was some twin shenanigans for those that care for that kind of thing.

Vickie screeched into a mic about how Nyla would dethrone Britt.

Emi Sakura recently announced that she was going to be starting full time in AEW soon, which is a big blow to diehard fans of ChocoProLIVE! that will for sure miss seeing her base on a small mat in a small ring against some of the most underrated workers in the game. She'll fit nicely as a puzzle piece in AEW full time now to the benefit of that base, of which there is crossover, at least. The two are partner companies, for the record. Not a lot of people seem to know that, though few are aware of Gatoh to begin with sadly. Anyway, this third match was basically another squash for those keeping track.

Jade and the Smart Mark promoted their Kiera Hogan match on Rampage.

Matt's favorite tag team, Private Party, got their own squash ahead of the Eliminator Tournament opening round that's set for that same episode. You know, the Punk episode. They'll likely win that one so that the eventual winners have a heel tactic using team to overcome. Private Party won this one in under 2 for those keeping track.

We closed with the only match that wasn't a quick rollover to pad the records. It was also admittedly the only reason I wanted to watch this special installment.

Garcia, a rising star, took on Matt Sydal. Giving him a big-adjacent win ahead of his match with Mox was pretty important and it made sense to air it here on Thursday ahead of Rampage instead of waiting for Monday. Daniel is a nice tech worker with a great upside. I've enjoyed his usage thus far though still find it strange that he's been elevated so much so often so fast thus far. I feel it's because there's something bigger planned for him and 2point0 that we haven't seen yet. Bryan and/or Punk related. But yeah, the match was an enjoyable contest and fans of technical wrestling like myself will likely have some fun for sure.

Garcia got a promo spot after putting himself over.

This special edition of Elevation runs about 30 minutes and features four squashes and a main event that works especially well as a preface for the announced Rampage: The First Dance main event. It was a super easy watch and a nice primer for fans that just can't wait for what is to come tonight. If you're a big fan of the brand, this should be a no-brainer.