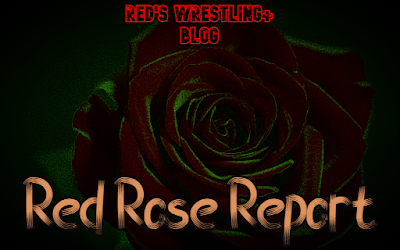 We're finally leaving an area we shouldn't even be in after two decades. Meanwhile, a football blowout result is giving the Pentagon MORE money than was proposed and new wars are being promoted on both sides of the aisle. We all know that corporate interest groups truly rule this country, so the pull out and lessened number of drone strikes are supposed to be the flag being waved in our faces for us to chase in glee while the real shit is happening off to the side. Why else would we be bombing Somalia and suggesting a war with Cuba, which is suffering the way it is because of our doing, and would there be a boost to the military's budget?

Speaking of, the drone strike operator that stood up for what's right is being punished for it. Daniel Hale is a hero and will now serve four years for exposing the truth about the evils of drone strikes.

The switch in narrative that is building from the GOP, despite the boos from their base, is very telling. Even with the legal fuckery they all participate in thanks to jerrymandering, races can still be rather tight. Letting large numbers die can be a game changer and they fear it'll hurt their chances in the mid-terms. Thanks to the before mentioning jerrymandering and blatantly fucked up moves the party has been participating in, they should be confident. Instead, they are a bit worried and are trying to play damage control. They pushed too hard in the other direction, though.

All of that said, note that the largest group of folks not getting the shot are actually our black neighbors. You know, the group that has every reason not to trust the institutions. A bud of mine was speaking to me a while back about how he was having trouble around DC getting others to get the shot for that very reason. I think everyone should get the shot if they can, but I want to be clear who the largest group is in this situation of vaccine hesitancy.

You also have folks that want to, but feel they cannot take off time in this your-the-cog economy and are instead choosing to risk getting the virus and missing a lot of work. I have a family member that made the shit choice, when she got it and was forced to take unpaid time off, to do work a grocery deliver gig for income. Delivering your food while she was sick. It was stupid as fuck but you almost feel for her, right?

Then, you have a few other groups including the qanon dipshits that both praise 45 for the speed in which the vaccines arrived and think he should get credit larger than is deserved but also believe it's going to turn you into Magneto.

Simone Biles stepped down from a situation that she wasn't capable of at the time and attempted to help her team in her rationalization. The fact is, she doesn't owe anyone anything. I feel she likely did let her team down and did hurt them, but no one should judge her for doing what she needed. Lets be honest, all she really did is step away from a giant con game, international dick measuring contest. If you're too upset about this, ask yourself why you're allowing your favorite media commentator to control you so damn much.

Have you watched the video on the Frito employee who was electrocuted and was seriously injured? Google his statement. Fucking heartbreaking shit.

Oh, and Bernie seems to have promised to no vote on a bipartisan bill with no reconciliation plan, if you were coming here hoping for some positivity. It's not really the thing I do often here in these reports, but to each their own, I suppose.