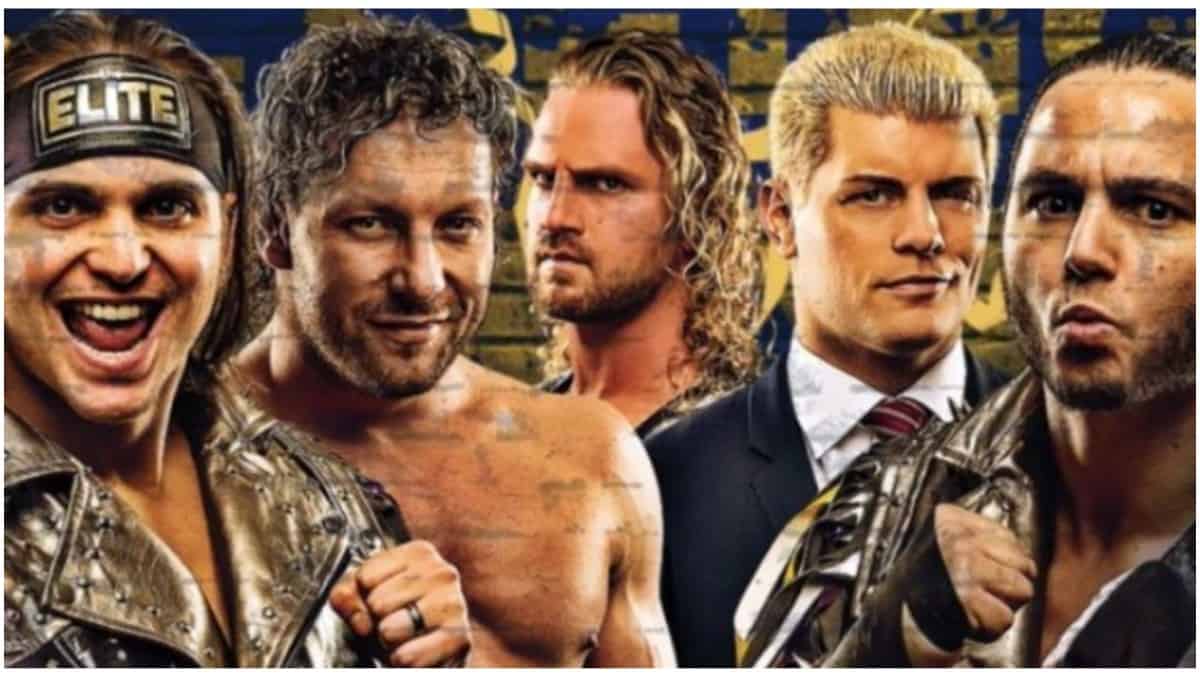 This year has been pretty full of ups and downs, but there's been some strong outings from the wrestling realm thus far and it's time for the latest best of 2020 style post. Note that this year I am returning to teams and units being listed under the same category. A reminder before you read, but I am not watching any of the recent empty arena shows and I do not watch WWE products.

10. NGD (3 points)
The top young rudo unit of CMLL remains a bright spot for the company despite, like the rest of the roster, their tendency of phoning things in more often than not. When they do step up, like they did during the FantasticaMania tour, they are easily one of the best groups in the entire game.

9. JINETES DEL AIRE (4 points)
Vikingo has one of the brightest futures of anyone in wrestling right now and is poised to be a huge star. His partners, Myzteziz Jr and Octagon Jr, are more than capable performers in their own right. The group has been placed in a good position, facing off with big names and are getting a strong push in AAA and are guaranteed to remain in the top ten all year.

8. FACCION INGOBERNABLE (4 points)
This includes both the AAA and ROH units together, as they share a name and the key member and leader, Rush. It's worth noting that the AAA group is what mainly earned the spot, though. With Rush, Park, and Bestia, they've dominated the top lucha fed but I feel, with Dragon Lee and...sigh, Kenny King, that ROH has something big set up for them, too. If this all leads to an Rush vs Park apuesta, I'm 100% behind it!

7. #STRONGHEARTS (5 points)
CIMA's boys continue to be a force all around the world, picking up points in Zero1, J-Stage, AEW, and IWRG. No matter what the show, I strongly recommend you go out of your way to find any match that features the group as there is a good chance you're going to have a good time watching!

6. DAMNHEARTS (5 points)
Speaking even strongly in support of my #SH praise above, the unification of that unit with DDT's DAMNATION also has earned a spot in the top ten. A true super group, DAMNHEARTS units some of the best wrestlers in the world in a top spot of one of the most underrated feds in the game. Their battles with ALL OUT, Eruption, and Moonlight Express have been worth checking out and I see huge things for them in the future.

5. LOS INGOBERNABLES DE JAPON (5 points)
All the gold! LIJ are finally seeing the epic push most New Japan fans have been so eagerly awaiting, though sadly things are obviously on hold right now. All the top stories in the world's best wrestling promotion have largely filtered through the Tranquilo bunch in 2020 and they more than deserved this spot.

4. ALL OUT (7 points)
Behind DDT ace, Takeshita, ALL OUT have faced off with the rest of the roster in multiple noteworthy matches this year while proving once again that they are the true gatekeepers of the brand. It's hard to deny the talent level the unit houses and, in many ways, ALL OUT represents everything that makes DDT special.

3. Lucha Bros (8 points)
Can anyone outside of dinosaurs that praise Cornette on the daily deny that Pentagon and Fenix are elite talents? While I miss the days of Lucha Underground and the way they booked these two, and even the push IMPACT gave Penta, these two have truly gelled together as THE top two man team in professional wrestling. They are now set to team alongside PAC in an angle I have no doubt has huge plans once things return to somewhat normalcy.

2. CHAOS (8 points)
Much like ALL OUT in DDT, CHAOS continues to be a good representation of what makes New Japan...New Japan! They've gone to war with LIJ, Suzuki-gun, and Bullet Club in some very enjoyable encounters. They sent off Nakanashi and are home to arguably the best junior tag in all of Japan, too. It's impossible to not look at CHAOS in awe and I appreciate how much closer they seemed in the opening months this year. Hopefully we get more of that ASAP.

1. The Elite (13 points)
AEW hit a very strong grove in 2020, with The Elite stepping up big into their roles and being a big reason for the praise the company was receiving. Omega and Page's team within the group is an awesome duo that was burning slow in a good way, the Bucks are still arguably the best two man team in wrestling, and Cody continues to be pretty damn good in his role, too. I guarantee Blood & Guts will be one of the biggest matches and angles in wrestling in recent history when it happens, thanks in large part to how damn good The Elite are at their jobs! For now, The Elite are at the top of the mountain and I honestly expect them to stay there.

Email ThisBlogThis!Share to TwitterShare to FacebookShare to Pinterest
Labels: Best of 2020, Wrestling