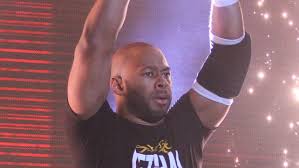 One of my favorite things to do on Facebook is to start a poll in my group, Pro Wrestling Discussions. I figured I'd start doing write-ups for the outcomes going forward, so let's take a look at the most recent poll results.

QUESTION: Let's say Anthem buys ROH...what should they do next?

Options & Results:
-Have two separate brands, keeping both alive but with interaction between the two (similar to WWE Raw/SD) 9 Votes

Thoughts:
So, the rumors of Anthem reaching out to purchase Ring of Honor started shortly after the AXS move was officially announced. As a result of this, I was left wondering what they'd do with the prestigious company if that was to happen.

Personally, I agree with the majority here. Keeping both alive would be the best for everyone, but that also leaves questions such as what happens to the partners of the brands. I know Anthem would like to partner with New Japan already, which would likely mean the current major IMPACT partners (AAA and NOAH) would be cut in favor of CMLL and New Japan, joining that union of promotions. Because of this possibility, it's likely that not much would change specifically because of a ROH buyout.

My main hope, either way, is that Anthem would recognize ROH's biggest issues and try to adjust them (or have someone who knows the business do that). Delirious needs to go, for example.

The best alternative, in my mind, is the fusing of both into a new promotion. Anthem Wrestling has a ring to it. Yea, it'd kill off the names of Impact and ROH, but that fresh start could be a good thing. Still, it's a far second option for me.

Either way, this is one of my favorite rumors right now in wrestling and I actually kind of hope it happens.
Join PWD to participate in future polls.
Wrestling