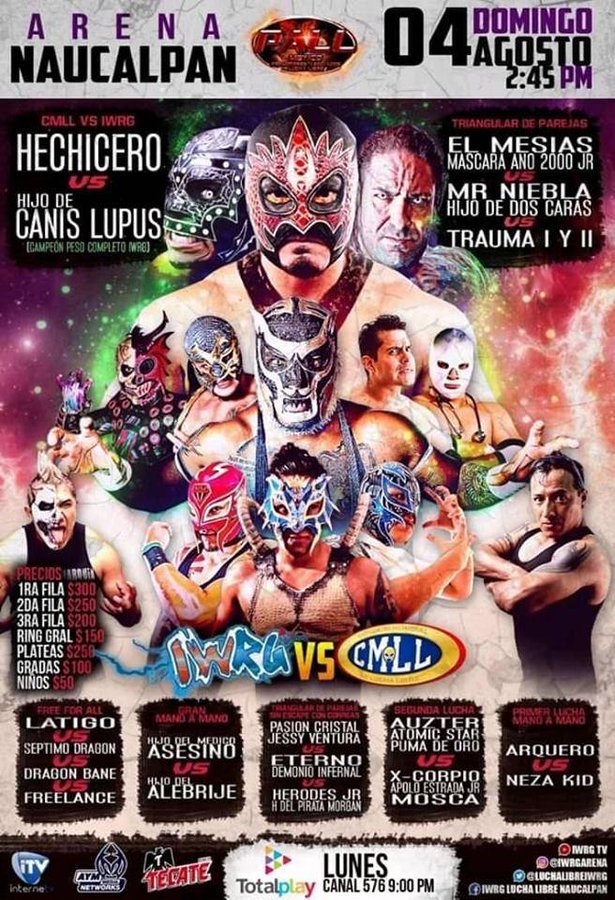 
Thoughts:
Calling this show IWRG vs CMLL is a tad questionable, but whatever. These two matches, one of which could actually be considered to fit the theme, made my list.

The first could have been one of the best spotfests of the year, but a few ill timed botches and some of the scariest moments I've seen in a long time held it back from that level. I actually almost rated it even lower as a result, but there was enough good that I think it did deserve this grade. Watch it even though it's outside of my recommended levels if you want to see something insane in the best and worst ways.

The main event was very good, as Hechicero's work tends to be, and a good first battle between him and the Canis Lupus kid. I hope they really do have a rematch, as teased here. If nothing else, watch that one.
Red's Reviews Wrestling