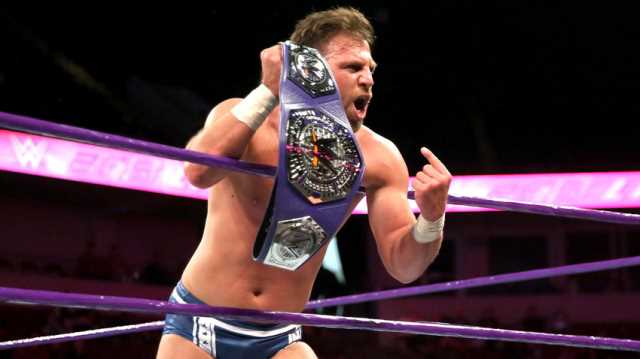 Week of 07/01-07/06
Defiant is, for some reason, on a Summer break. When the fuck is NGW coming back? Anyway, here's this week's roundup of TV matches I checked out (not including Cutting Edge and Raw which were reviewed separate).

Matches:
1.Aries vs Brooks ***
MLW Fusion
Aries has a stink on him, and I'm actually hoping he can win back fans with this new MLW run. The live crowd seemed behind him from the start here and stuck around so that's a good start. This was a good match and something worth seeing if you want to see Austin's TV comeback.

2.Bryan vs Big E **3/4
WWE Smackdown
Daniel and Big E got their shit in, working a nice, little match with decent levels of comedy and athleticism. The cheap ending sets up what I hope is a much better blowoff match in the near future.

3.Nese, Oney, Gallagher vs Gulak, Ariya, Bennett ***1/2
WWE 205Live
The cruiserweights did it again, putting out one of the best matches of the week. I'm not a huge fan of the iffy storyline from Raw rolling over onto the program, but it's minor really and didn't take much of anything away from the match at hand. This was very good and I love the brawling after. Check this one out!

4.Grimes vs Scott ***
WWE NXT
Good back and forth match, though a perfect example of the problem with this tournament. Having Strickland fall clean here, even to Trevor Lee, is iffy in my opinion. At least this was enjoyable.

5.Strong vs Breeze ***1/4
WWE NXT
Undisputed Era is easily the best part of NXT right now, for the record. The interference spot was quick and took away very little, instead giving Breeze some protection. Hard work here, and a nice main event.

6.Cobb vs Haskins ***
ROH TV
I really hate the way the booked Cobb against Taven at Best in the World. I haven't had a chance to see the show, and am unsure if I will in general, but having him fall to Taven clean in short order? Iffy stuff. Oh well. These two are still a big part of why ROH is still worth checking out so a match between the two was going to get my attention. This was a nice throwaway main event with both men walking away looking good.

7.Mex National Trios Titles: NGD(c) vs OneAtos ***1/4
CMLL Viernes
For those wanting to see why NGD are rated so high on the best tag and best factions list here, check their latest out. Metalico's ref work isn't there yet and slightly hurt the match as a result, but this was still a pretty fun title defense.

8.Ace vs TJP ***1/4
IMPACT Wrestling
Good, X-Division style match. It's nice having TJP back, and Ace looks set to be a major name in the division going forward.

9.Trey vs Xavier vs Wentz ***1/4
IMPACT Wrestling
Another fun spot match, this one featuring the Rascalz. I give props to Impact for booking this, and I liked that they didn't tease a breakup after as the trio has a lot more to give to the show.

10.CNL National Title: Engranaje Jack(c) vs Rocket **3/4
CNL Lucha Libre Chilean
I was pretty excited about this one, but honestly it underwhelmed. While far from bad, it just never turned into anything special. Oh well, not everything is a banger.

Others:
Being the Elite #159
Knox calling it down the middle this week and flight delay drama fill this week's episode. CD is still selling the dick flip from a week ago and the Bucks are still taking the Rhodes bros lightly.

I appreciate this "peak behind the curtain" stuff, too.

Road to Fight for the Fallen #2
A bit of a look at the big spot from Fyter Fest, a nice, dramatic highlight package, and a nice sit down with Brandi.

The match announced this week is a six-man with Spears, MJF, and Guevara taking on the reckless trio of Havoc, Darby, and Janela. In-fighting between Spears and MJF seems guaranteed.

Wrestle-1 #117
We're looking at the Grand Prix finals show this week, an event I'll be making some pulls for soon. The undercard seemed ok, though not likely anything I'll be making time for. The two semi matches and everything after on the other hand look to be the exact opposite, especially the last two contests of the night. I won't spoil anything here, but this was a huge episode that you should check out!