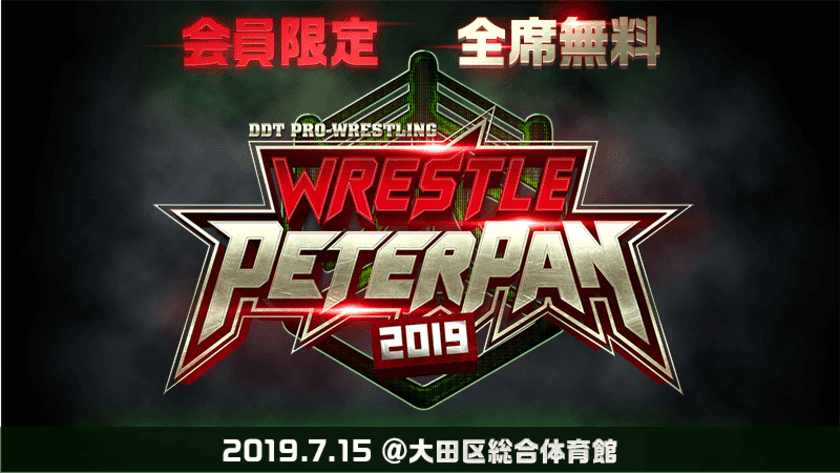 I've done more of these previews the past few days than usual, but there's a lot going on and I wanted to help promote some of these big shows. Followers of the blog know why I'm doing this one. Let's dig in and look at the matches.

EDIT: I found a delightful site that does a good job covering DDT that I wanted to promote here real quick. This preview comes from someone who is still pretty new to DDT outside of select matches. This one, on the other hand, is from a diehard follower who did a good job.

HOW TO WATCH
The show will steam live here, 2PM JST. Check here for what time that is for you.

CARD & PREDICTIONS
-Umeda vs Keigo
Umeda is leaving the business and this is one of his farewell matches. Keigo, who was on the DDTxSendai show, is a bright rookie. I think they might give Keigo the nod as Umeda is leaving, but we'll see. I will say that Kota Umeda is very talented and that this could be a good match if given time.

-Rika, Tenma, Aino vs Maki, Yuna, Unagi
This is an TJP "offer match". From what I can tell based off of their cagematch histories, I'd guess Yuna's group is winning this one. TJP matches can be pretty good joshi bouts so I'm excited for this one.

-Shunma, Iino, Watase vs Ueno, Yoshimura, Shimatani
This appears to be a showcase six-man for the future stars of the promotion. This could go either way, but I'll say Ueno's crew wins. I'll be watching this in the same way I watch a young lions match in New Japan, scouting who looks like they're destined for greatness.

-Umeda, Iwasaki vs Higuchi, Nakatsu
The official goodbye match for Umeda who will likely take one more fall here on his way out. I have high expectations for this one.

-Yoshiko vs Akai
DDT bringing in Yoshiko looks like a good setup for a nice underdog story win on the big show and I hope that's the case here.

-DDT Extreme Title, IPPON Light Tube Death: Akito(c) vs ASUKA
I'm hopeful that this turns out to be awesome, but it truly depends on the layout they go with. Apparently, there will only be a single light tube involved so...that's something. I'll say Akito retains.

-IRONMAN Heavymetalweight Title Delayed Entry Battle Royale
I have no idea what to expect or say here but it should be a decent, comedy-filled outing.

-Hideki vs Naya
You don't bring Hideki Suzuki in here to fall to the young kid. That said, expect Hideki to beat some ass and help break Naya in a bit. This is a big test, either way.

-Moonlight Express vs Brookes, Takanashi
If given proper time, this could be amazing. I really like Moonlight Express, but I know Brookes is meant for a title shot soon against the winner of the main event and is the hot, new toy in DDT so he gets the winning pin here.

-O-40 Title, Weapon Rumble: Sanshiro vs Super Sasadango Machine
This is a decision match for a new, 40 year old and up only championship. I have no idea if this is going to be something that becomes an actual part of the company or if it's just a throwaway gag, but I'll say Sanshiro gets the win here and I'd like them to keep the gimmick.

-Aoki vs Dieno
This is MMA style Aoki taking on a exotico style worker. One of the stranger matches on the card. I'll say Dieno wins since that seems like a DDT kind of move.

-KO-D Tag Titles: DAMNATION(c) vs Urashima
This could be fun but I have no idea what direction they'll go here. I know they teased issues back on the New York show, so I'll say DAMNATION falls here and frees up the belts so that Endo has a next challenger that doesn't have gold.

-KO-D Openweight Title: Endo(c) vs Takeshita
So, I am starting to watch DDT much more often right now and have been a fan of Takeshita for a while so I'd love to see him retain and make the dive in easier. That said, the past few days I realized that's not the right call, though. Endo should retain and get a few more successful defenses before dropping the strap. He's grown on me and, funny enough, his performance at the pool show is what really sold me on him as champ. This should be a MOTYC if all goes right, either way.

CLOSING THOUGHTS
I'm very excited about this show. I don't follow the promotion close enough to know everything going in to this, but they've won me over enough that I want to see how this all turns out. I sincerely hope you give them a chance, too. Check out my recommended matches from them and then head over and sign up for a trial of DDT Universe.

Message me if you need help doing so.
Red's Reviews Wrestling