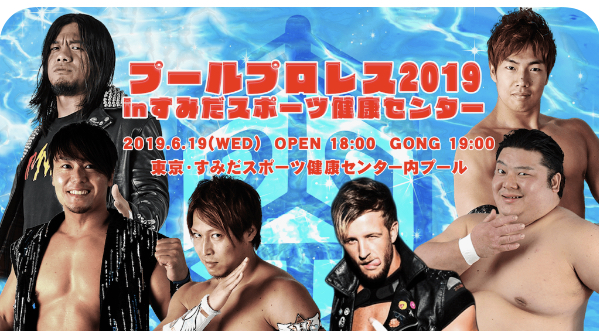 Thoughts:
If you saw my tweet, you saw I am using the trial to DDT Universe right now to ensure I don't miss the Peter Pan show. I figured I'd start with something weird because honestly it's been a shit day and I feel like crap.

The camera work sucks a bit at times but how this is a pretty unique situation so it's excusable. And yes, for those wondering, it is what it sounds like. This is a large portion of the roster wrestling around and in a swimming pool.

They had a swimming contest in the middle of this clusterfuck. They essentially had a dive sequence using a water slide. Chris Brookes even applied a figure four going down said water slide. This was sincerely insane in all the right ways.

I don't really rate comedy stuff but I will say that this was well worth seeing.

Brookes stole the show, by the way.

The main event was the DDT version of a Money in the Bank cash in. Bikes, ladders, and tables were involved. The champ was actually banged up during this and had to take time off. The finish was awesome.

I actually tried to convince myself to give these a grade since but let me just say that you should take an hour out of your day to check this out and leave it at that.