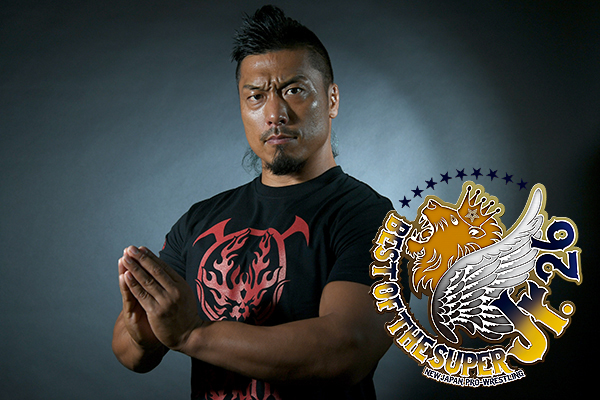 Matches from New Japan Best of the Super Junior 26 Week of 05/26.
This time I went ahead and added an extra day to the roundup seeing as the B-Block finals and BOSJ finals are all that would remain and I prefer just doing the actual finals separate.

This year's BOSJ has been top notch, providing some of the most entertaining matches anywhere in the world. That's what New Japan is good for, though, so it's not really a surprise.

Night ten's biggest contest was Bullet Club's Eagles taking on Ospreay, which was great. Ishimori and SHO also had a very good match to close the night. With Taiji injured, it's amazing good he still looks. I also watched SHINGO and Tiger Mask, just because it was a bit of a dream match of sorts. It wasn't amazing or anything, but it was short and inoffensive and I had fun.

Over on night twelve, Ospreay and DOUKI put on a bit of a spectacle style showcase. Ospreay made it work, and it turned out the be pretty good despite some of the circus act stuff. I liked Bandido and Eagles' match, too, but it was pretty sloppy at points. Some of the innovation still made me pop.

The block finals both lived up to my expectations.

SHINGO and Ishimori put in for a fantastic battle. Takagi was already being booked as a big name by New Japan, but this tournament has highlighted him as a true star. I really hope that I'm right about their future plans with the former Open the Gate Champ.

On the other side, Ospreay continued to show why he's one of the best workers in the world. Anyone else love the one or two great Taguchi matches that we get each year, by the way? This was one of those, building from a fun little encounter into something even better.

The finals take place on the 5th.

SHINGO vs Ospreay in the BOSJ Finals.

Moxley debuts and challenges Juice for the US Championship.

Don't miss it, and watch everything rated ***1/2 and above from this review!
Red's Reviews Wrestling