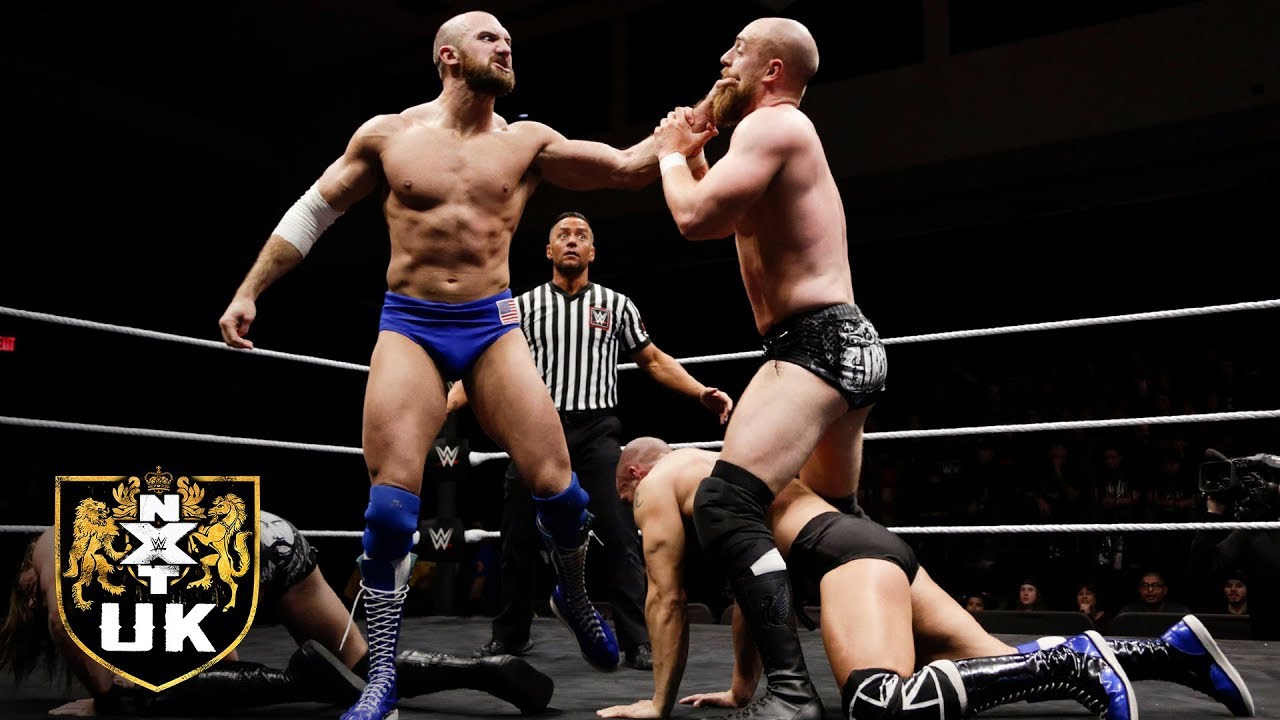 Thoughts:
Much more this week than usual. That's a good thing. I might not be a huge WWE fan, but I always give respect where it's due.

Let's start with our Raw match of the week. I'm not a huge fan of Lio Rush, someone who last I knew was still considered part of the cruiserweight division, even lasting a minute against Finn, but this was a good match either way. I try not to care about the booking so much these days. I know stuff like this does make me worry more about the rumors of 205 being cancelled, though. Don't rush to see it, but it was fun for what it was and didn't overstay its welcome.

I see that Batista returned on Raw, attacking Flair and setting up a match with Trips at WM. The match itself won't even likely hit my watch list, but it is a big deal depending on what deal they struck. AEW was interested in bringing the big man in for marketability reasons. Of course, he might still end up on a show or two for Khan and crew.

Next, we have two from the blue brand. Up first....wait, Truth is the United States Champ? When did that happen? That's kind of cool. Dude is a better worker than most know. Mixing in the heat between Andrade and Rey was actually smart. Good match. Truth is nearly 50, by the way, and is a few years older than Mysterio.

The second Smackdown pull was this week's main event. I see that KO is back and is replacing Kofi at the upcoming show. I see loads of people pissed about this, but logic says this sets up Kofi versus Bryan at Wrestlemania. Or, perhaps, a three way with Owens. I guess logic doesn't always mean anything in WWE, though. Sucks for Mustafa, who reportedly was planned to be in this spot. Back to the action, this was also entertaining. Nothing so far has been must see, but all of these have been enjoyable.

It's worth noting that Matt returned, reforming the Hardy Boyz on this week's Smackdown. The match didn't make my pull list, but the highlights on YouTube seemed decent. It looks like they dropped the broken universe stuff completely, outside of some (now) meaningless taunt usage.

Both of the 205 matches made the list this time. They are in the middle of a tournament to pick a new number one contender, and 205 has historically been great at tournaments.

First, we have Nese and Kalisto killing it in a borderline great match. Nese has been showing up nicely lately. I'd be ok with him winning the whole thing.

The last tournament outing of the episode saw Gulak, who has been getting a mini-push, take out Kendrick. Brian is such a valuable hand when it comes to these spots. Not nearly as good as the opener, but still a good first rounder.

Overseas, they continued to put WALTER over as a beast by having him face the gate keeper. Ohno worked his role well once more and they had a fun one.

After that, the Grizzled Young Vets had a really good defense. The challengers have quietly been one of WWE's best teams. I don't watch the UK series much, but consider that one. It's the only one you can't see via Hulu, though.

Lastly, we have the latest Shayna defense. Nice seeing Mia Yim in a main event match. It was a good enough way to end this week's list of WWE matches. Not great, but fairly good.

I hope this helped, and continues to help, fans like me who don't want to watch nearly ten hours of WWE material each week.
Red's Reviews Wrestling